Solitaire Arena app review: who says you have to play solitaire alone-2021

Likely you've played the game of Solitaire plenty of times and now there is a new way to enjoy the game with other people. The Solitaire Arena app  gives you a chance to compete in eight-person tournaments and real-time one-on-one challenges.

The best card games for iPhone-2021

If you thought playing against the computer was hard, playing against another individual adds a whole new element to the game. This solitaire for iPhone and iPad app is the Klondike version of solitaire, which many people are familiar with.

Continue reading this solitaire app review to see what it has to offer. It might just be one of the best solitaire apps you have played in a long time.

The Solitaire Arena app gives you the opportunity to enjoy Klondike style solitaire not on your own but in tournaments and one-on-one action. You'll be following all the rules of Klondike so there is nothing new to learn but you'll also see your opponent's top foundations.

This is how you'll be able to tell how well you're doing. Because this game has been built for your device the cards show up perfectly and are very easy to read. The app offers drag-and-drop functionality or you can simply tap on a card for it to go to the correct spot.

The app is free to play but there are a number of in-app purchases available. These range in price from $1.99 to $19.99.

The app has a whopping 4.5 out of five stars from users who can't seem to get enough of the game. In its latest update there were a number of bug fixes made giving users a smoother performance overall. 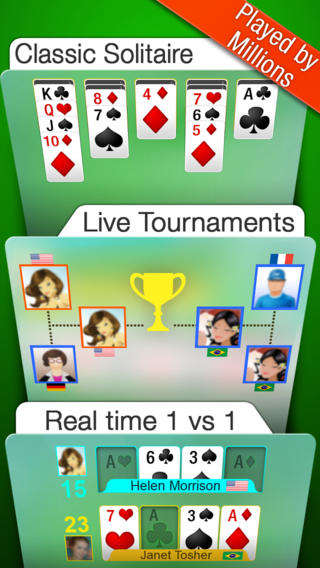 The Solitaire Arena app provides you with a different experience than you're used to with this game. This is a much more social experience, something that doesn't usually go hand-in-hand with the game of solitaire.

Some of the features here include huge signs on the cards so they are easy to read, an unlimited amount of hints and undos, the ability to view hints in more user-friendly manner, and you can click on auto-finish once you have solved the game.

While the graphics aren't high-tech they are certainly sleek and well-done. The user interface operates smoothly and without issues and you'll be able to focus on the game at hand. 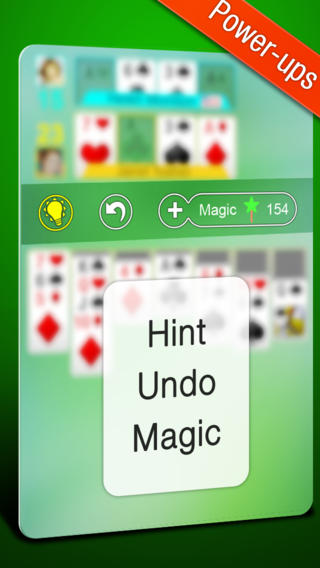 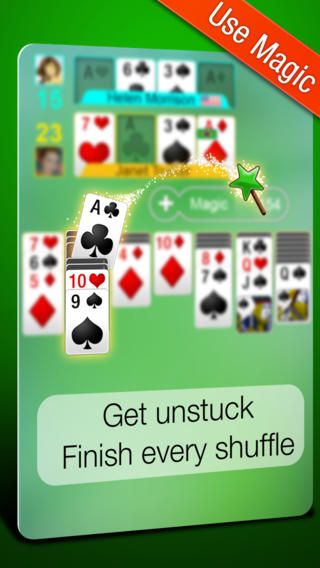