ShowOne app review: a versatile backing track app for all levels of musicians 2021

As someone who likes to play guitar in my spare time I often wonder what a particular song would sound like with keyboards or drums accompany it. This is a typical dilemma for solo artists – sometimes a song just doesn’t sound complete with only one instrument.

If you’re familiar with backing tracks, you’ll know that these are used in this type of circumstance. Essentially, they allow you to play along with pre-recorded music to fill in the instruments and parts you can't play yourself.

The App Store features several apps that offer this type of tool to musicians and the ShowOne  app is one of the better ones. This Showone app for musicians app is free, which means you have nothing to lose by checking it out.

The Showone app for making music is compatible with the iPhone, iPad, and iPod touch. Keep reading our review to see why this Showone app for recording songs is worthy of a download.

There are dozens of apps in the App Store that offer the same type of service as ShowOne and many of them are quite good, but they’re also quite expensive. Some of these apps will cost as much as $50.

ShowOne offers all the same tools that you’ll find in some these more expensive apps and it’s a lot more reasonably priced. As we’ve mentioned above, the actual app is free but to unlock all of its features requires an in-app purchase at a cost of $8.99. 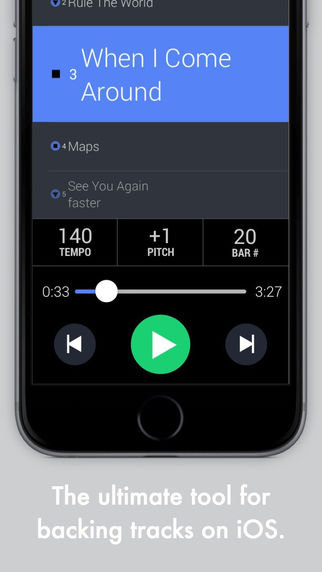 When you open the app, you’ll see a very stark user interface with several empty lines and one line near the top of the interface labeled default set – this default set features some built in backing tracks that you can use to get an idea of how the app works.

To add your own tracks you tap on the menu icon in the top left corner and select import from the drop down menu that pops up. You have the option of importing using iCloud, Dropbox, or from your iTunes collection.

The free version allows users to import two of their own tracks at a time. For uploading unlimited track imports, you will have to unlock the full version. 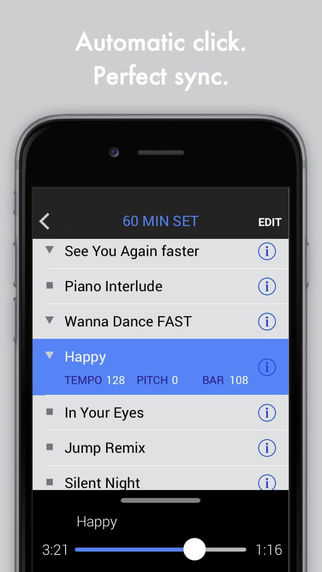 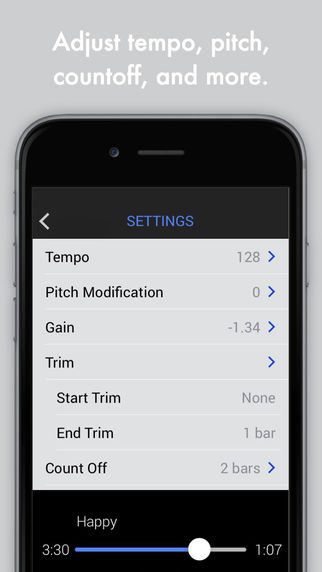