FutureDialer app review: an ergonomic dialer for single hand use

It’s funny how we take for granted the convenience that’s at our fingertips because of mobile phone technology. Today’s generation would be absolutely shocked at the idea of having to find a payphone to make a phone call, but it wasn’t all that long ago this was the norm. Today our major concern is whether or not there’s a cell tower near us. There’s no doubt that our mobile phones have changed our lives for the better, but they’re not perfect by any means.

If you’ve ever tried dialing a phone number with one hand, there’s a good chance you found the experience a little frustrating – the buttons tend to be just out of reach of comfortable range for your thumb. That’s why Hovik Melikyan created FutureDialer. It’s an app that transforms your phone's dialer into a more ergonomic interface with buttons that are easily reachable. This app is available for purchase from the App Store at a cost of $0.99 and it’s compatible with the iPhone, iPad, and iPod touch. 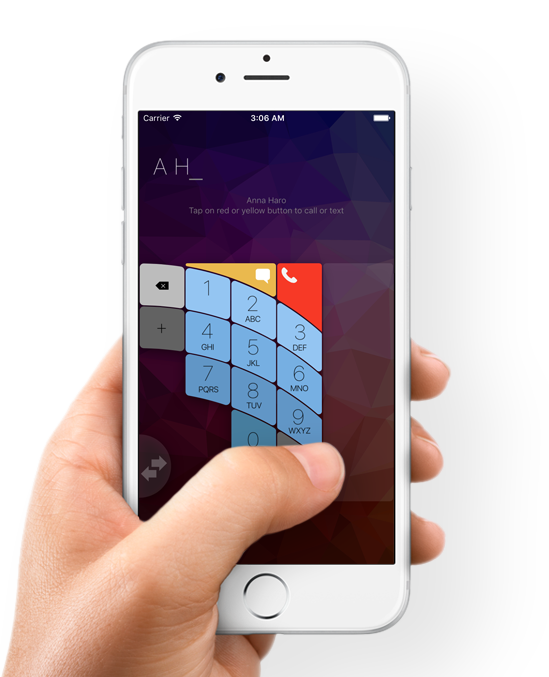 FutureDialer was created by independent developer Hovik Melikyan. He’s an independent software developer based in London in the United Kingdom, but he’s originally from Armenia. Melikyan is a strong believer in the need for more ergonomic apps in a world that’s become so dependent on our mobile technology. His first effort at an ergonomically designed app was actually for a calculator app called FutureCalc. I’m looking forward to see what other ergonomic apps he’ll come up with in the future.

Melikyan certainly has the knowledge base to create great apps due to his diverse educational background. He’s a software engineer and a physicist with hands-on knowledge in all of the major computer-based languages. In fact he’s the type of individual that’s always looking to expand his knowledge and that type of attitude is what led him to create a great little app like FutureDialer.

It wouldn’t be wise to bet against the success that he’ll have with apps like FutureDialer as he’s been associated with several different software ventures in the last couple of decades. He actually started his career doing software work with the United Nations and since then has gone on to be a founding partner of a couple of successful software ventures including VXSoft Ltd and Sensogram Technologies. 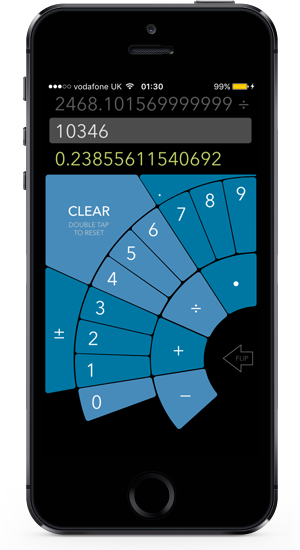 There are other dialer apps available in the App Store, but an ergonomic dialer is quite a unique proposition. Most of these other dialers concentrate on unique gimmicks or making it easier to quickly dial numbers that are in your contact list. It’s actually quite surprising to me that nobody has thought of an ergonomic dialer before – it’s an idea that’s definitely a useful one.

The user interface for the FutureDialer app has a very familiar look to it – it looks like any other dialer with the exception of how the buttons are positioned on the screen. The different keys and functions are color coordinated to distinguish them from one another and there’s very little clutter on your screen. There are no ads or in-app purchases either. This app will require 4.6 MB of available space on your iOS device. 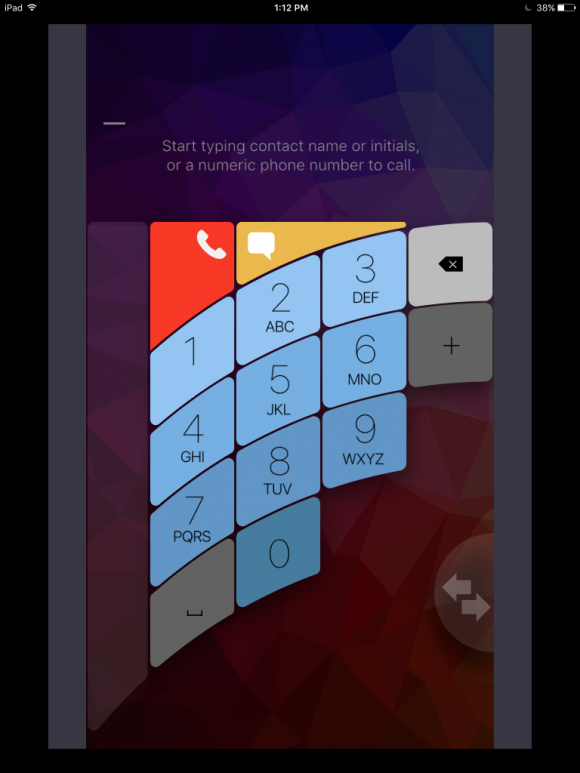 The Future is Here

The first time you open the app it will ask you to allow it access to your contact list and you’ll need to accept this in order for the app to work properly. After that, you use it just like you do any other dialer app. It’s a simple and basic app, but it works very well.

As a lefty, it’s sometimes difficult to find products that are designed to cater to my needs, but this app is designed to be able to switch the dialer’s layout to either side of the screen depending on whether you’re a lefty or righty. It’s a small detail, but an important one that makes it user-friendly for everyone.

While an ergonomic dialer is the main attraction of this app, it does have a couple of other unique features which are fairly significant. First of all, it’s able to quickly access your contact list for dialing purposes. If for example, you have a friend named John Smith simply typing the first two letters Jo will automatically bring up that contact's number so that you can dial it quickly. You can use this feature for both dialing the call and for initiating text messages.

The other thing I really like about this app is its large keypad buttons and color coordination. The main number keys are a light blue which are easy to read and they’re nice and large. There are also two distinct buttons for switching between the phone function and the texting function. The idea is to make this dialer as user-friendly as possible and the developers have done a nice job of that. There’s also a handy delete button in case you type in a wrong number and want to start over. 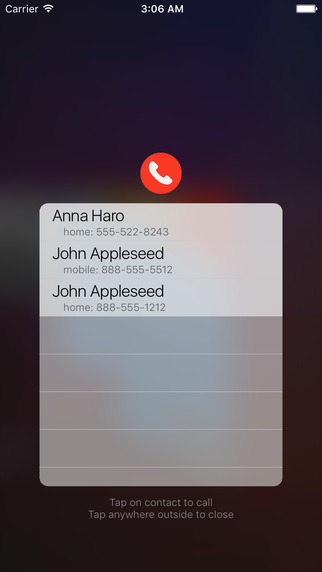 FutureDialer is the type of app that can really change how your phone works for you. To be honest, I’ve never really given too much thought to how much need an ergonomic keypad on my mobile phone, but now that I’ve used this app, I’m kicking myself for not having discovered it sooner. It’s more than just an ergonomic dialer though – it’s also a great way to access your contact list quickly and makes overall dialing a simple process. If you make a lot of calls on your mobile phone, this is definitely one of the best free phone call apps for you.