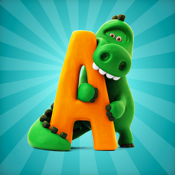 Talking ABC app by Jutiful is an alphabet app that allows your kids to enjoy a fun and educational experience as they learn all about the alphabet. This spelling app has actually won a couple of awards thanks to its ability to engage with the kids and provide a rich learning experience. Continue reading our ABC app for children review to see what all is on offer here.

The graphics in this app deserve a special mention as they are bright, vivid, and captivating, instantly grabbing the attention of the child. Using the app is very simple thanks to its kid-friendly user interface that means kids can play on their own.

Because there are two learning modes (sound and letters) the app always feels fresh and fun. Parents will be glad to know that not only will the kids be able to play on their own but there is no in-app purchases needed. Features of this app include learning about each of the letters in the alphabet. The letters are all animated and feature clay art, giving it a fun and almost retro feel.

In total there are 26 animated animals in talking mode and there is even an alphabet song that will have kids singing along and tapping their feet. Each of the talking characters has its own individual voice, there are puzzles to play with animated animals, and there are a variety of other educational games.

The app supports Retina display. The goal of this app is not only to take children through the alphabet but also teach them about letter recognition so that over time they are better and faster at recognizing the letters. While this app is recommended for kids age two to seven it’s best for young children; preschoolers is really the target age.

If your child hasn't yet started school this is a great way to get a jump start on learning the alphabet.

There are no in-app purchases.

Version 1.2 features some minor bug fixes including a bug fix in the puzzles, and all the social networking elements have been removed (gift app, Twitter, and Facebook). These were removed to keep children's activities private and you can now allow them to play without worrying about what buttons they're pressing.

The current version of the app has 49 customer ratings with an average rating of five out of five stars. Parents can't get enough of the graphics, animations, and of course the educational aspect of the app. They like that the user interface is kid-friendly and it's a great way to entertain kids and prevent them from getting bored. I let my young child play with this app and was quite pleased to find not only was he interested in it but it sparked discussions about words and the letters needed to create the words. The animations are extremely high-quality, there are a lot of fun elements that kids can explore, and they are able to work the app completely on their own. 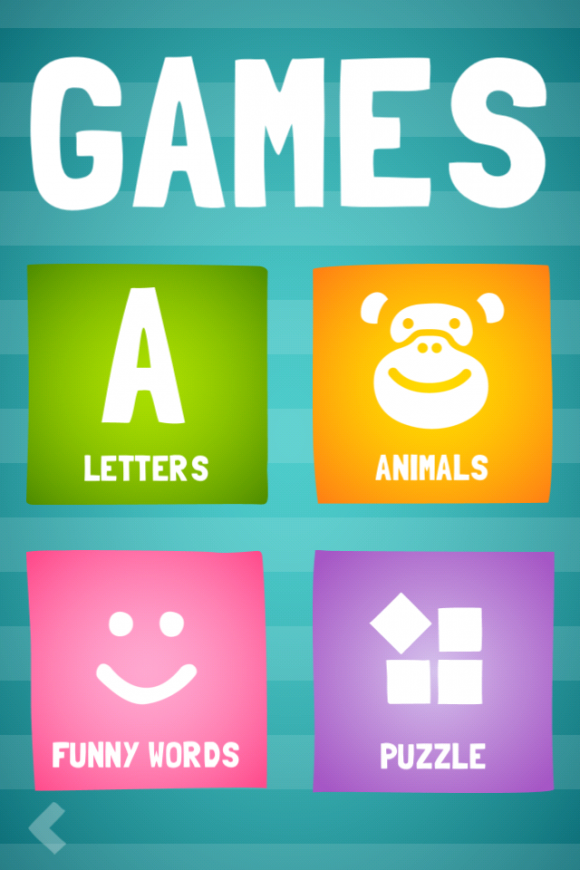 For: iPhone, iPod touch, and iPad with iOS 4.3 or later. Talking ABC... is optimized for iPhone 5.