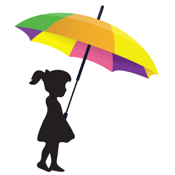 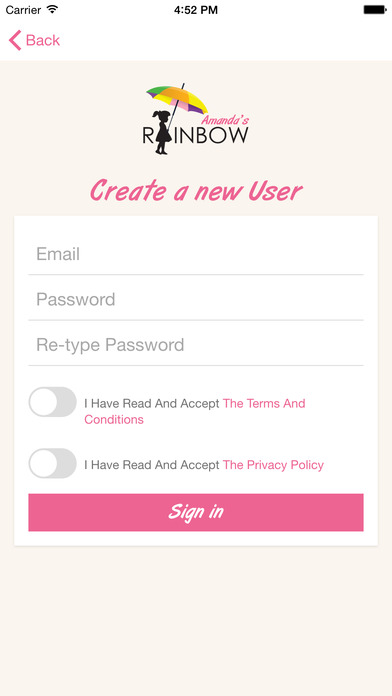 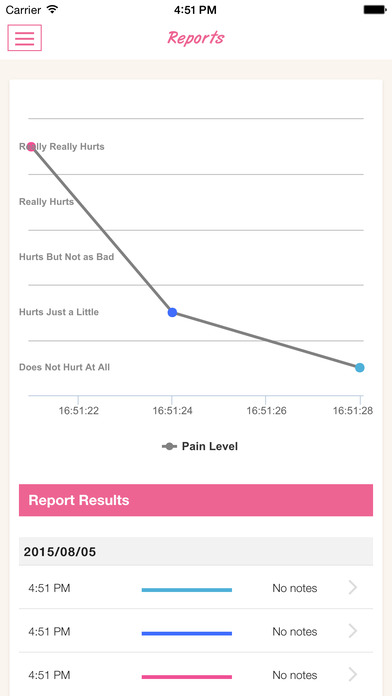 One day Amanda said” Mommy the ball in my head is green”. Another day the ball in her head was orange. The ball in her head had a colour each day. There were five different colours in all. Throughout the rest of Amanda’s treatment she was able to express her levels of pain to the doctor in colours. Dr Hug was amazed at her use of colours to identify her pain and used this information to adjust her medication and treatment accordingly.

According to Amanda, the rainbow worked from left to right (versus the standard and popular pain assessment tools that read from right to left!).The goal was to reach the pink pain-free level.

The pediatric recovery nurses approached Amanda’s mom (Beverly Hillstrom) and asked her if she could put Amanda’s colours in a form that they could use to help other children, since they saw how effective it was for Amanda.

Beverly approached one of the children, Alanna, who suffered from Cerebral Palsy. Alanna was pivotal in the creation of Amanda’s Rainbow. Alanna was recovering from a Rhizotomy procedure at the time. Beverly asked her the simple question: “What colour is it when it hurts really really bad?”. Alanna’s face lit up and she immediately said: “Black”. It took 90 seconds for Alanna to share five specific colours (Black – Reddy Pink – Green – Light Blue – pain-free Gold).

Beverly noticed that each of the children (Amanda and Alanna) had five specific pain colours that were unique to each child. This made her feel that the children were sharing something very important. This realization had Beverly approach other children who were experiencing pain, and discovered that each child had five pain colours. The children’s colours varied in shade and were specific and unique to each child. When asked “what colour is it when it hurts really really bad?” Their face lit up with a “Oh! You know!” moment, and they were thrilled to share their five unique and specific colours.

Beverly discovered that all the children she personally spoke to, who were experiencing pain, shared five pain colours. During the duration of their pain, children were consistent in describing five specific levels of pain with five specific and unique colours. The children did not need the visual support of a rainbow to remember their colours once a rainbow was created. Beverly also discovered that children who have not experienced pain (intense pain, specific to a hospital stay) cannot create or remember their pain colours.

This led to the creation of Amanda’s Rainbow.