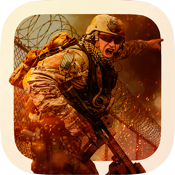 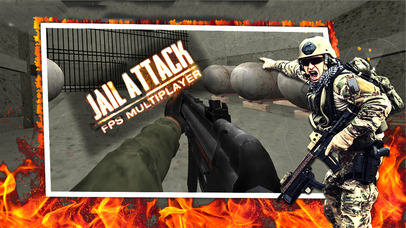 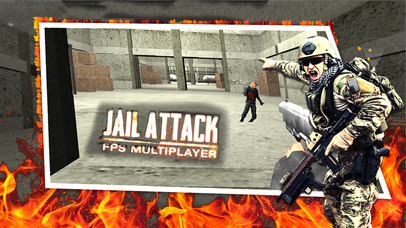 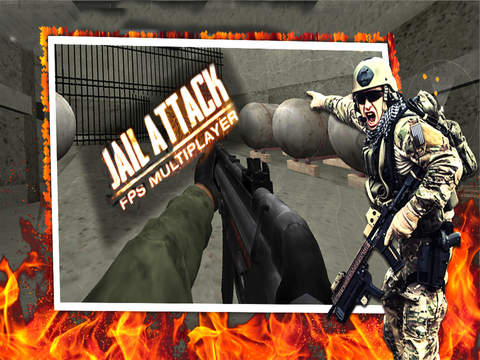 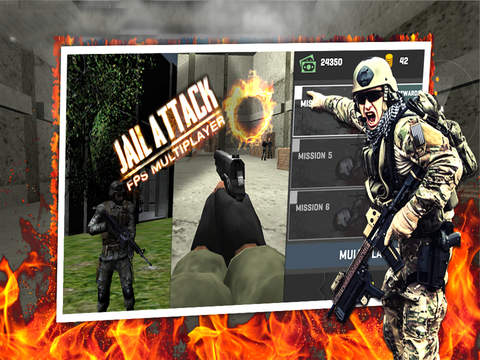 This is the most rigorous prison fortress in the world! Do you have that sole attack special command over player to concur this stealth mission? Join the clans battle to recreate your covert agent commando skills throughout the game onslaught.

SINGLE PLAYER
You are here since intelligence have reported that one of our elite force special agent have brought here to keep in prison. You left the basecamp with the first news got of his existence here with no clue of the exact location. The only command you got is ATTACK!
Make your own strategy to break into the offenders restricted prison guard where every move is a call to slug exchange battle. This stealth assault mission challenges to pass through strict security layers of jail that many failed to get ahead. Guard soldiers are all over the place to make every assault move wane. Once reached to the jailed agent, make a safe gateway between enemy soldiers clash to let him release from this dungeon guard.
Invade and Infiltrate through the restricted zones getting close to your aim. You are pre Accessed with sole attack special weaponry to exchange metal slugs in storm of shells. Command your player in order to seize attack and rescue your pal. If you prove yourself to sustain long in game other clans will join you in this mission. Break the prison to get it alive!

RPG Style Gameplay
The game offers an intuitive RPG experience as players get to take full control of perks and weapons for their player, as they move on further to higher rankings in the game based on experience points.

Level up skills armament acceleration
Build your profile as you earn rewards and currency points to purchase armor enhancements, assault weapons and helmets to equip yourself for more challenging missions.
Customize your player with featured weapons and skills to advance in stages

Compete with players in MULTIPLAYER battle
The Multiplayer Deathmatch offers an endless gameplay between several android devices in one server. This mode offers a console like multiplayer experience for players as they gather up kill streaks and in time based maps to emerge out as the top fps shooter.