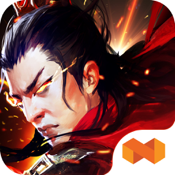 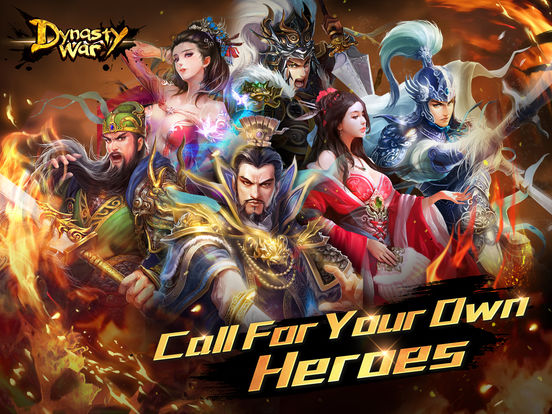 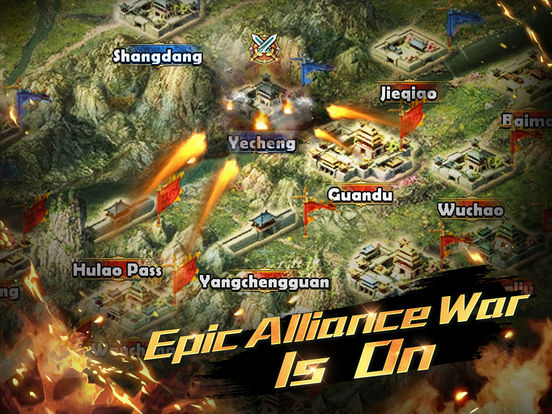 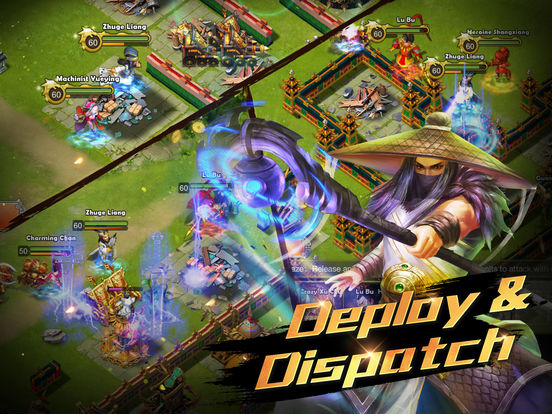 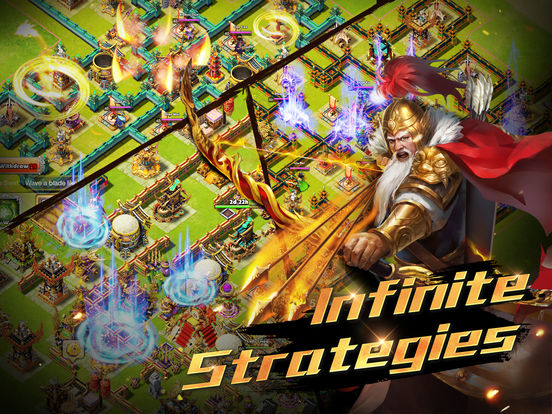 === Introduction ===
Dynasty War is an SLG game with similar scenes as COC, based on China's most famous history, Three Kingdoms Era.
Build your city, summon and train your heroes, assemble your troops, join your country alliances and challenge players from around the world. Show your skill and your fighting strategy, Experience the heart-pounding, nerve-breaking combats in the palm of your hand! Victory is within your reach!

==== Features ====
- Global server which crossed between all 10 countries available, fighting and plundering cities.
- 36 types of civilian and military ranks and 120 famous cities as battlefields.
- Reliving Three Kingdoms' epic historical scenes.
- Co-op with your friends, join alliance, build your own empire and dominate the world.
- Build your Alliance Territory with your friends and acquire the strongest forts.
- 17 Legendary Heroes and 145+ Epic Heroes with unique abilities and skills.
- Fair battles with fair match making system.
- Voice chat feature to discuss your fighting strategy within your alliance.
- Build the undefeated army and the best strategy, find hundreds combinations of heroes and troops.
- Obtain the strongest swords, magical weapons and secret relics in the Treasure feature.
- Get thousands of free Ingots(premium currency) by participating in countless events available on your first day playing.