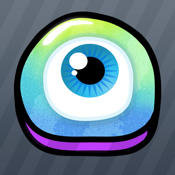 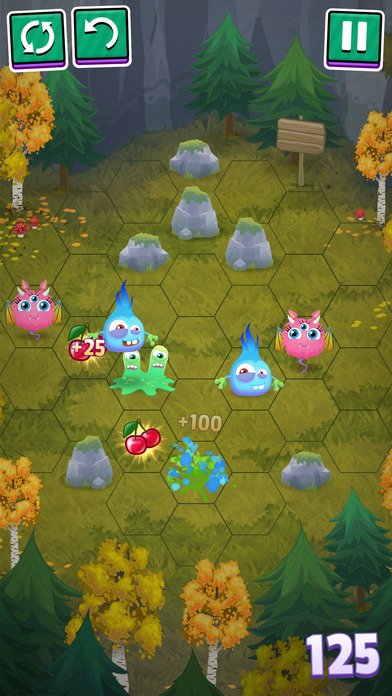 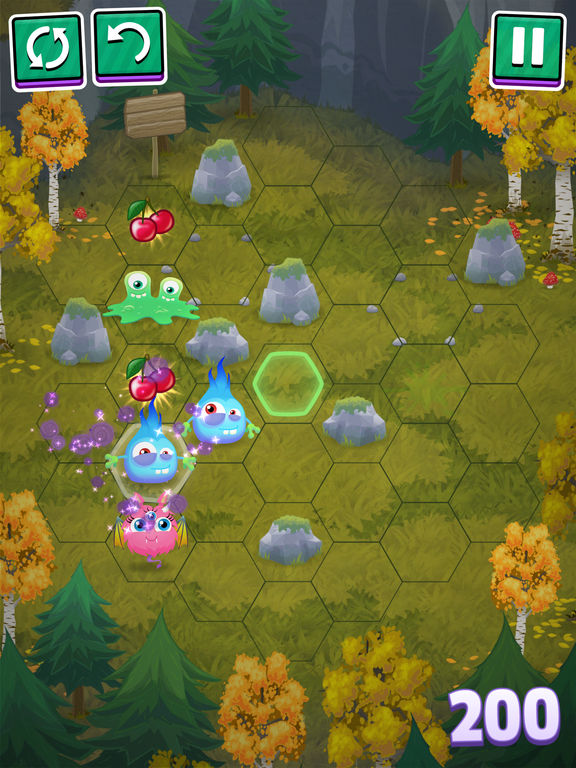 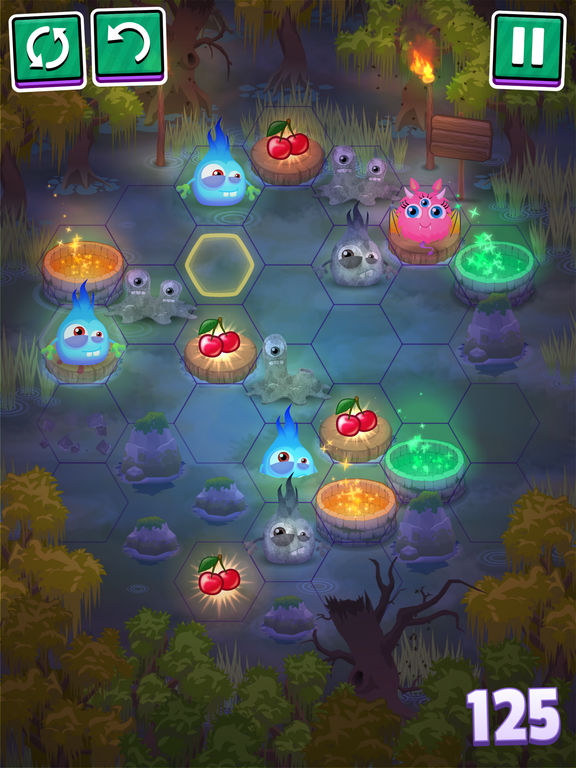 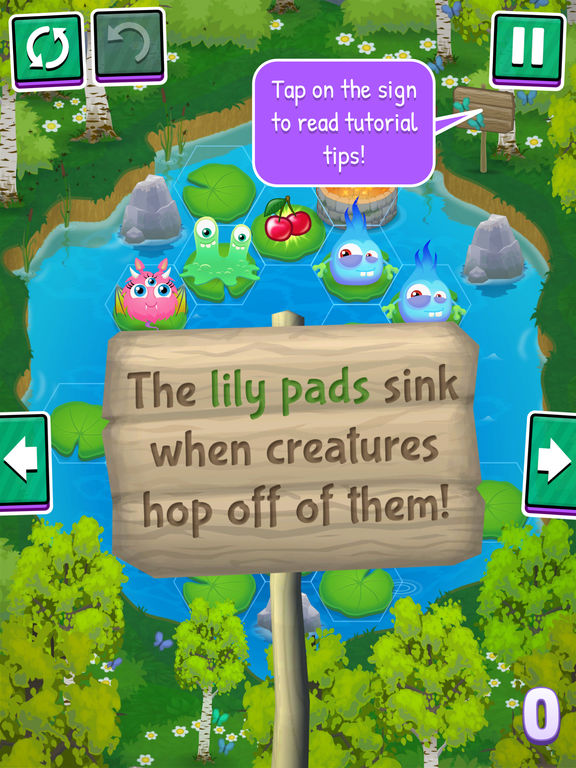 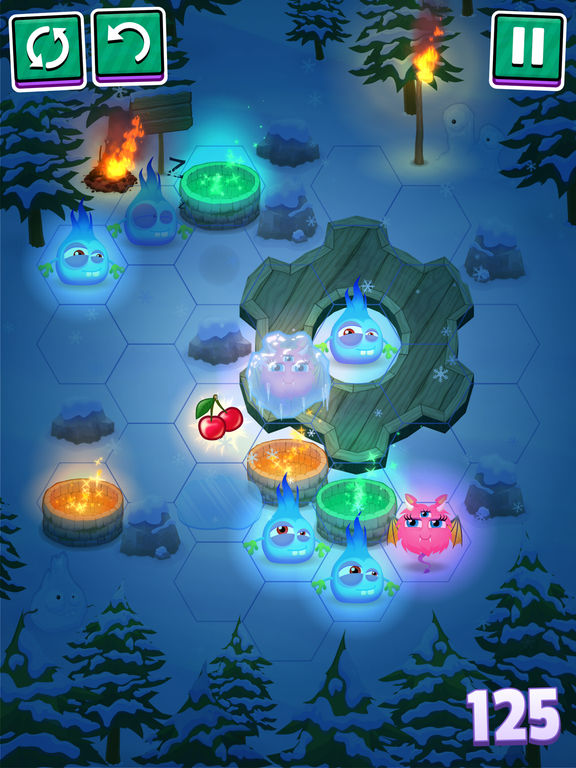 Get rid of creatures until only one remains in this original puzzle game!

Think Peg Solitaire with cute creatures instead of pegs and feature-filled terrains instead of a wooden board with holes in it. Add innovative gameplay mechanics, lush graphics, charming atmosphere, and over 100 challenging puzzles and you get Oddhop!

Oddhop is a unique puzzle game, where each puzzle takes place on a hexagonal terrain populated by a group of creatures. The goal is to collect points by eliminating the creatures one by one until a single survivor remains. This elimination is carried out by making the creatures jump, "hop", over other adjacent creatures. In this core gameplay, Oddhop resembles the classic Peg Solitaire. However, Oddhop utilizes a wide range of features to take the gameplay to the next level! Highlights include:
• Play with three creature types of varying characteristics!
• Traverse varying terrain types!
• Interact with various gameplay elements including portals, cherry-picking, revolving platforms, statues and more!

Don't let the cute appearances fool you, things can get quite tricky!

HOW TO PLAY:
The goal is to eliminate creatures so that only one is left alive, while collecting the cherries. Tap to select a creature. Valid moves will be highlighted for you. Tap a highlighted position to jump there. Collect all the cherries by landing on them with creatures for maximum points!

Oddhop is the new game from MHGames, the maker of the popular Jewels games!