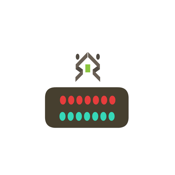 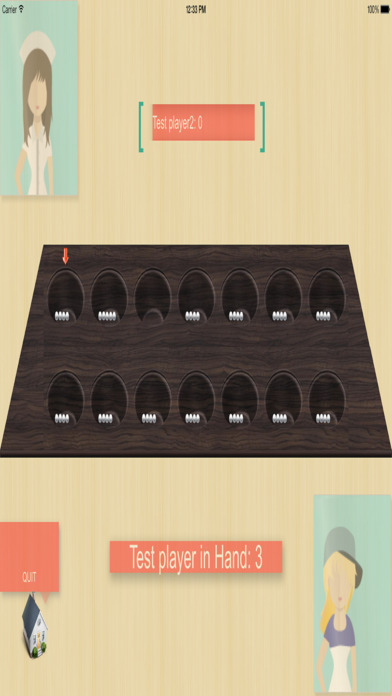 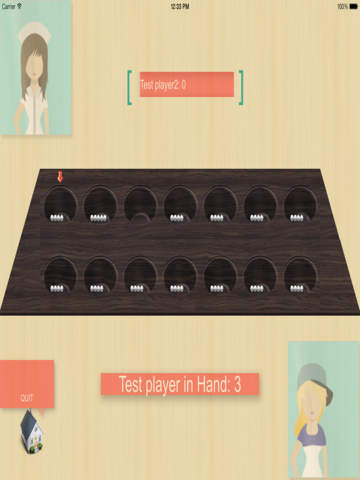 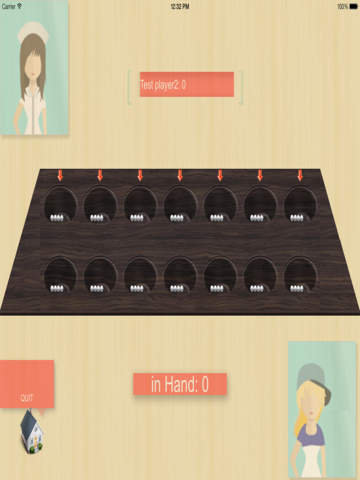 This game is played by all, kids to parents. It is especially great fun tool to train kids to count and strategize with lots of fun.it would improve kids analytical skills apart from Mathematical skills. Kids starting from age 4 to 12 will enjoy playing. The game is played by 2 players and the same is maintained in this app (no computer you will play against). The same nativity of the game is also maintained in this app. Play with your friends, mom and dad!

Pallangkuli, (in Tamil), Ali gulli mane (in Kannada), Kuzhipara (in Malayalam) and Vamana Guntalu (in Telugu) is played on a rectangular board with 2 rows and 7 columns. There are a total of 14 cups (Gulli in Kannada language) and fixed number of counters per pit. For the counters in the game, seeds, shells, small stones are all common for use. As the game proceeds, each player distributes the shells over all the pits. The players may capture the shells, as permitted by the rules of the game. The rules of capture depend on the variant of the game played. The game ends when one of the players captures all the shells, and is declared as a winner.

There are several variations to the game based on the region withing South India. Before start, the players agree on the Counters to be placed in each cup. The starting player lifts the counters from any of his/her holes and, going counter-clockwise, distributes one counter in each hole. If he/she reaches the end of his cups he/she goes on the his opponent's side of the board. When the player drops his/her last counter, he/she takes the counter from the next cup and continues placing them in this way. If the last counter falls into a cup with an empty cup beyond, the counter in the cup beyond the empty hole are captured by the player and put into his store. That player then continues play from the next cup containing counters. If the last counter falls into a cup with two empty holes beyond, he/she captures no counters and his turn is over. The next player continues play in the same way, taking counters from any of his cups and going around placing counters in a counter-clockwise direction.

One of the noted variation: If after having a counter dropped into it, a cup contains 6 counters, those become the property of the player who dropped the counter (called Pasu in Tamil language) . The round is over when no counters remain.

Once the first round is over players take the counters from their stores and fill as many of their holes as possible with counters. The winner will have a surplus of counters which are kept in his store. The loser of the first round will be unable to fill all of his holes. These unfilled holes are marked as "rubbish holes." In the next round play continues as before, but without the rubbish holes being included and the player who went first in the previous round going second.

During the game if a player has enough counters to fill any of his rubbish holes back up their status is removed and they are again used during play. The game is over when a player is unable to fill any cups with six counters at the end of a round.

Variations is planned at the milestones in the future releases. Please keep watching!

Thanks for your support!