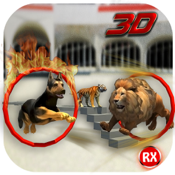 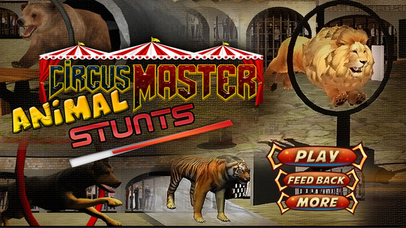 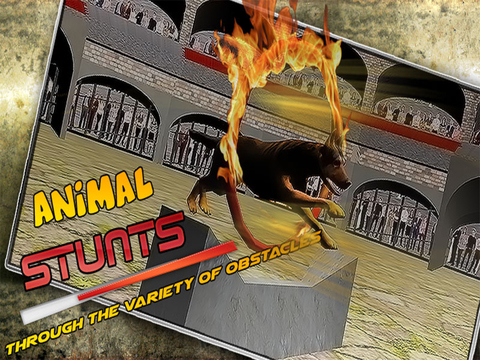 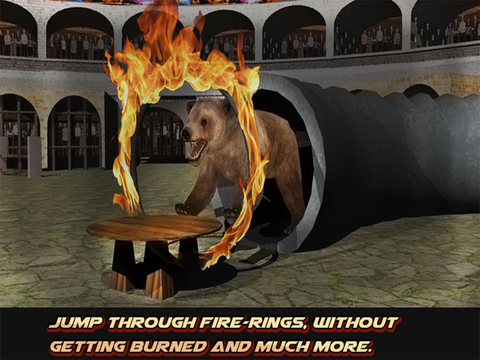 It’s a crazy circus game and animal simulator for those looking to have fun as wild animals used for entertainment. The game is all about animal stunts and extreme circus event. All wild animals must become professional at basic obedience circus training. So, in this game you are a circus master of the deadly wild animals such as bear, dog, gorilla, tiger, and the king of the jungle lion. You need to obey the great ringmaster in order to perform the various act and stunts of pets in the big circus arena before the spectators. You need to jump up as pets through different hurdles, rings and pull off through insane daring fences without hitting anything. You goal is to chase and complete all 10 various breathtaking levels in which you will face a variety of challenges. For instance, what does an animal stunt master do while performing act? Cross the pets in the ring circles, and jump them from the dangerous hurdles etc. The pet circus animal game has been designed for all animals’ lovers.


Experience the best of pet circus games in one of the awesome circus animal games. The exclusive animal stunt master 3D game provides you with famous 5 wild animals in one, unseen in other circus games. What are you waiting for? Get the CIRCUS MASTER- ANIMAL STUNTS game!