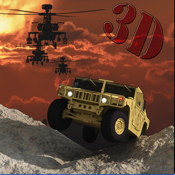 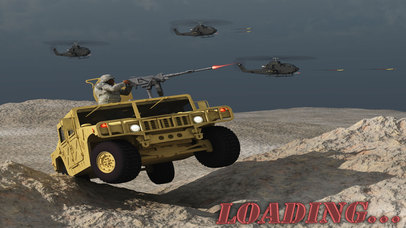 Get ready for modern chopper vs. military hummers warfare .
Military Hummer Sky Destroyer brings you a new feature of modern truck battle and in simulation 3D environment.
Experience the blitz of war in a battlefield of trucks warfare.
In this game, you are a pilot in an elite Air force division. Your primary objective is to destroy enemy's front line defense which is heavily guarded by a group of elite Hummer Truck defenders.
Your gunship helicopter has the same toughness amour with your enemy force.
Lead your chopper the battlefield and destroy enemy's trucks in the desert field .
You will also be heavily bombarded with the enemy's missiles and gun machines.
Your famous Apache gunship reputation gain from being the top of truck and jeep destroyer.
This Hummer battle game is more like a simulation 3D shooting gunship, which you require to target and attack enemy trucks.
This modern warfare of trucks is packed with stunning graphic background that take place in the desert fields.
As a pilot of an elite air force your task is to stop enemy trucks from invading your territory and to lead your air force to victory in this epic truck war.
Feel your adrenaline rush as you enter the world of truck war.