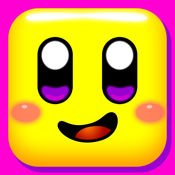 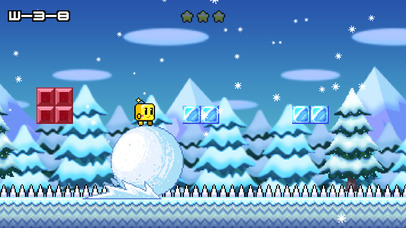 Game Description
This is a free running ,jumping limit system and high difficulty action game.
Each level need approximately 30 seconds!
If you can without mistakes, clearance 32 levels need 18 minutes
[Tips]: For the average player, you want to pass all 24 levels,it will be a very difficult thing! !


Story
This is a beautiful morning, Mr.Q and his girlfriend played. Suddenly! ! Covered with dark clouds, thunder and lightning, a monster flew through the air and captured his girlfriend, he decided to save his girlfriend and go to adventure ...

HOW TO PLAY
To cross various obstacles by jumping, or stampede various monsters (bats can not step), and finally reach the destination of each level.
1: Start of the game, our protagonist--Mr.Q is going to run from the left to the right.
2: Role cross the obstacles or monster by jumping. Pay attention! Once run will not stop , so do not let role be hit by anything, otherwise the game is over, you can choose to restart.
3: Using jump,cleverly avoid obstacles, across spikes and across or trampled monster to death.
Finally,arrive the far right of the screen destination (flag at) can pass.
You can unlock the next level after passing.
4:24 levels are not ending in current,the follow-up level still in production, so stay tuned.

Method of operation
Basic operation: click on the screen to Jump.

Game features: [Star collection]
In the game, each level player can get three the maximum stars as a reward.
You can collect each level of three stars in hidden?

Ranking
Game Set 2 rankings: scoring ranking and stars ranking
1: Score ranking: how much of each level is completed, how much points will be get in this level.Passing the level will get 100 points.Add up points of all the the level and contrast with global players
2: Stars ranking: the sum of stars and compare with all the players.