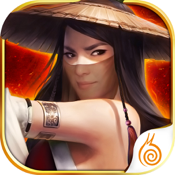 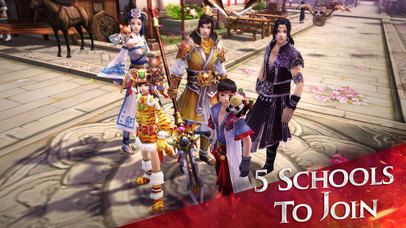 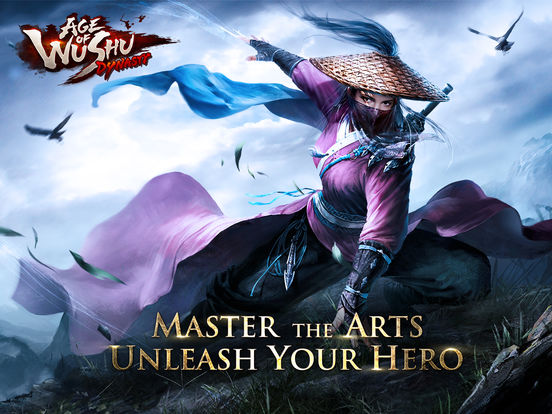 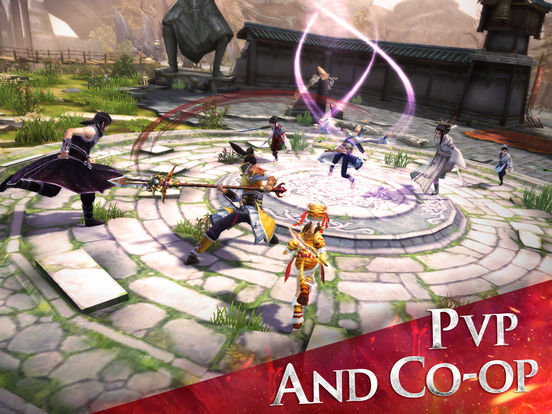 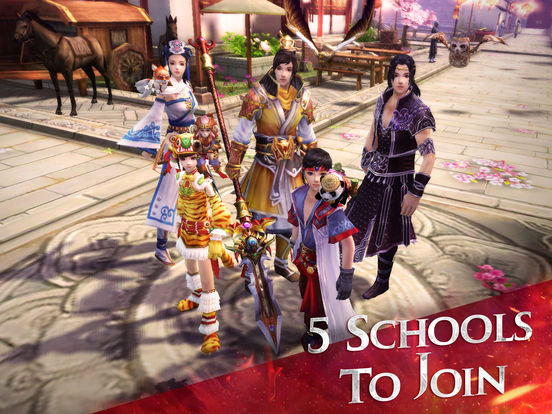 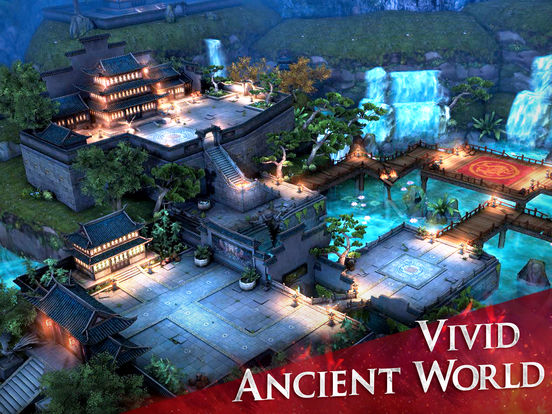 The competition for eternal glory of supremacy in the martial arts circle has begun anew. This time, each and every one must all hang together or most assuredly they shall hang separately in the faction war. Disregard previous enmity with anyone defending your proud honor for good! Smash up your enemies’ hideous raid and win! But fighting alone is the last thing to go and pets, despite cute, can save you from the last straw! Find your team and restart your Jianghu adventure—Age of Wushu Dynasty!

"An awful lot of things just right!" – Pocket Gamer
"Best Mobile Game at E3” – OnRPG
"Excellent visuals and aesthetic martial arts!” – Touch Arcade
"Sure to be a gorgeous, action-packed game for all to enjoy!” – App Advice

Struggle for Power with 5 Schools

Choose from four Martial Arts Schools to join on the path to discover the power within! Each school offers unique opportunities in an deep character customization system – master the Taichi Sword as a noble Wudang hero, or rain ninja death from the shadows as the cunning Tangmen. Join a school, master the arts, and compete with opposing schools to discover your destiny!

Who will be the ultimate champion of Jianghu? Enter a cut-throat world of ninja assassins and Kungfu heroes, as players battle it out in organized and open world PvP. Fight your way to the top in 1 on 1 Arena battles. Sneak behind enemy lines with Spycraft, and join together in Guilds to battle for supremacy in PvP Guild Raids!

If I’m being honest, I’m normally more into the match three style games or endless runners, but Age of Wushu Dynasty is a stunning martial arts adventure that had me on the edge of my seat

Los Angeles – January 7th, 2016 – Game developer and publisher Snail Games has made another major step into the mobile gaming market with the long-awaited global release of its latest mobile MMO - Age of Wushu Dynasty. The game is now available in regions around the globe (*see exclus...