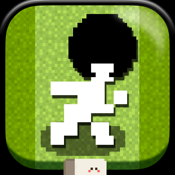 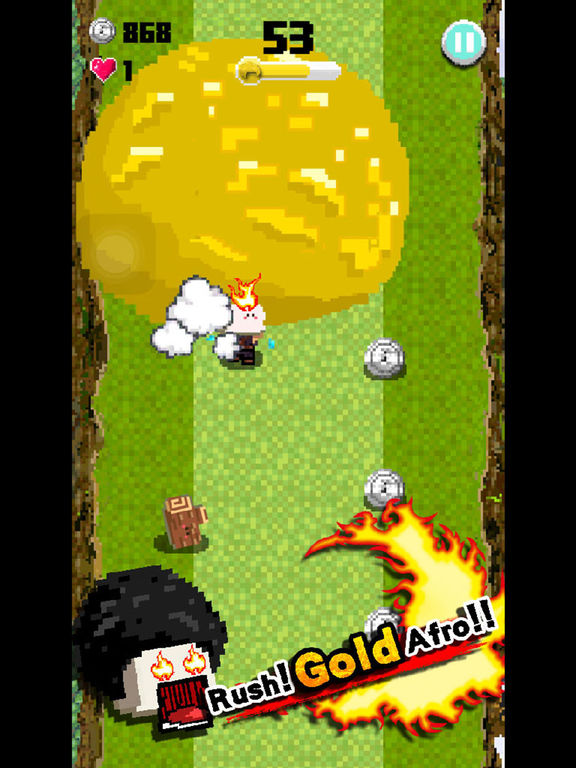 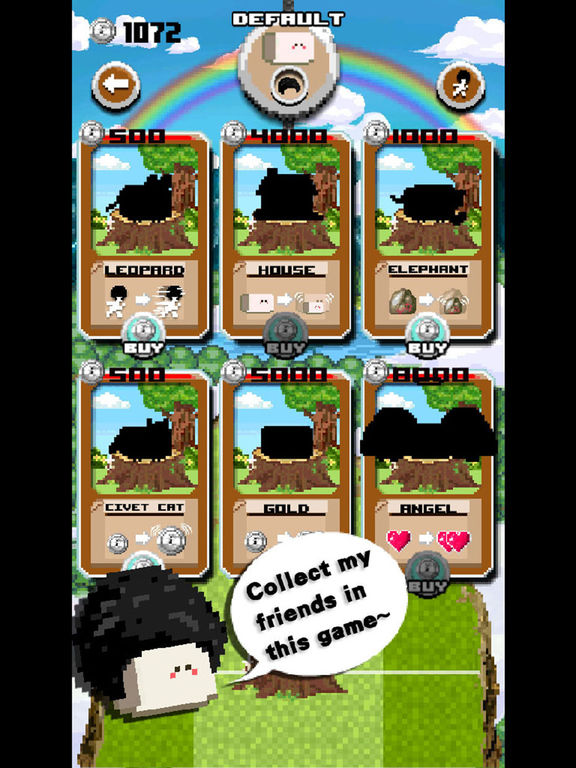 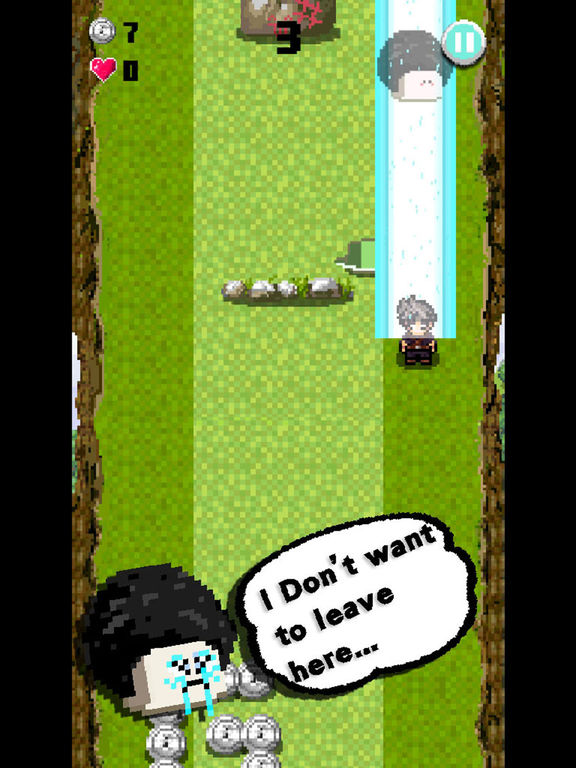 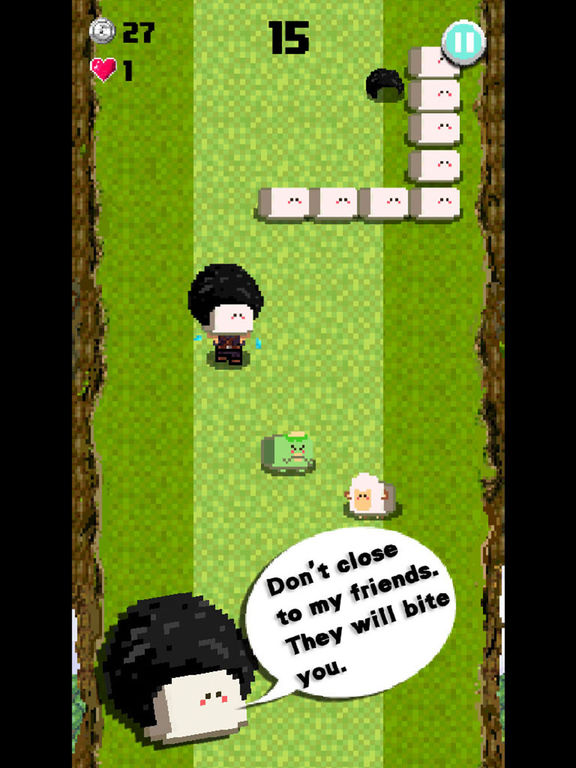 However,Short made a mistake to led the afro marshmallow stuck on his head.So,Short was just nervously running in the infinite runway cliff which is floated.

Now,as a plyer,you must let Short break away from......No!!You must let him keep running forever.

You shold avoid bumpping the marshmallow and rock in the runway,and you also should let Short not falling down from the cliff.