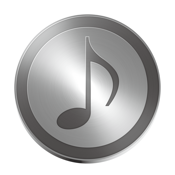 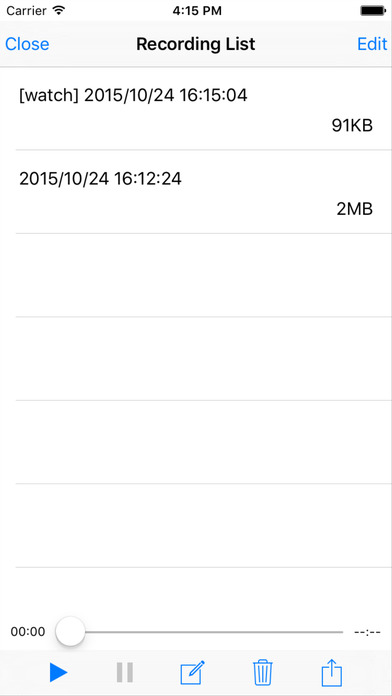 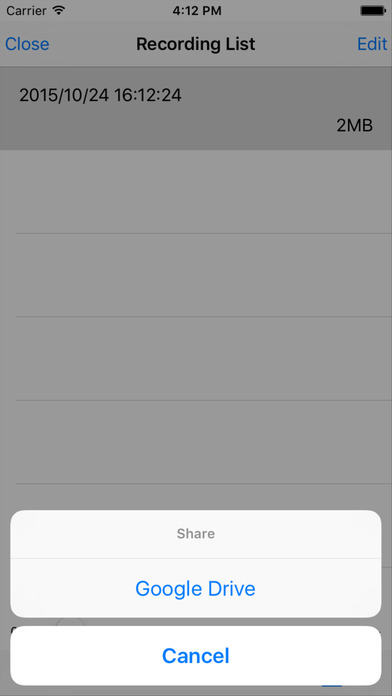 /----------- How to use ----------/
* Recording in Apple Watch
- Start the "RecNow" in Apple Watch.
- "Watch Mic" is I'll make sure that is set to "on".
- "Start" recording by tapping the will start.
- Record screen stop button at the bottom of the (■) recording will stop at the tap.
- In the upper right corner of the recording screen "Save" button tap stored in Apple Watch, iPhone recording data in automatic to be in synchronization possible states are copied to the iPhone.
- In the upper left corner of the recording screen it will return to the first screen in the "Cancel" button.

* a copy of the recorded data from Apple Watch to iPhone
- Start the "RecNow" in Apple Watch.
- Tap to strengthen Apple Watch in a state in which the application is being displayed. (Force Touch)
- it is copied "copy to iphone" in the iPhone.