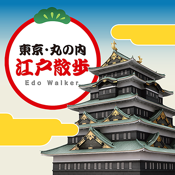 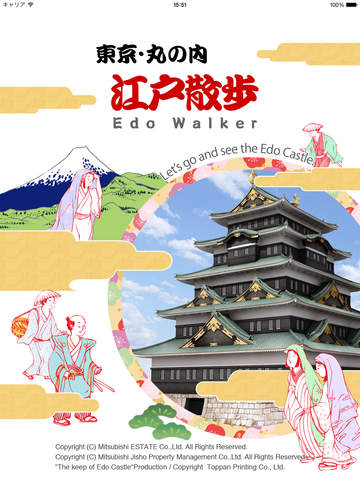 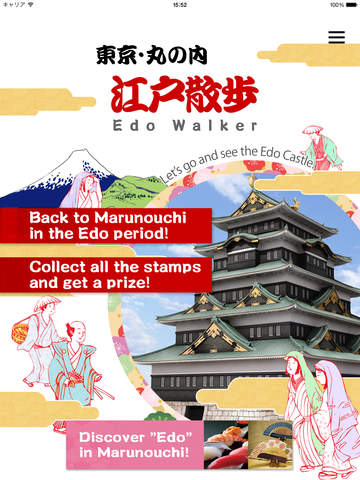 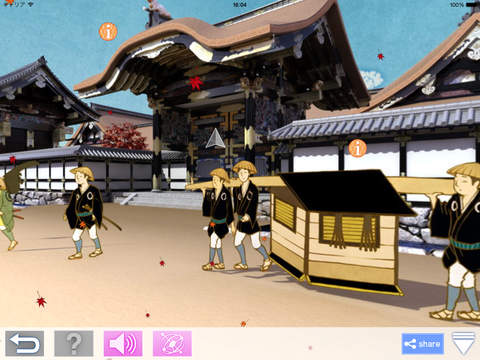 Introducing an app for iPad that reproduces 360-degree panoramas of Edo Castle and the streetscapes of Edo.

Also, if you complete five viewpoints, you will receive a gift of wallpaper of Edo Castle, known as the most
majestic and beautiful castle tower in Japan.

～ App Features ～
◆Back to Marunouchi in the Edo period!
Visit special “viewpoints” in five spots throughout the Marunouchi area to experience 360º panoramic views of Edo Castle, the streetscapes of Edo. You can also read interesting trivia about daily life during the Edo Period.

Collect the stamps offered at each viewpoint and you will be able to download a wallpaper of the Edo Castle.

【Trivia of “Edo”】
Read about popular products invented in the Edo period and venerable shops that have inherited Japanese culture.

Some stores even offer special tickets！