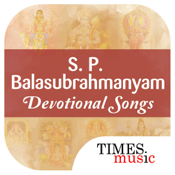 S. P. Balasubrahmanyam is an Indian singer, actor, music director, voice actor and film producer. He is mostly referred to as S. P. B. or Balu. He has recorded over 40,000 songs in various Indian languages. He has won National Film Awards across four languages as well as a Filmfare Award, five South Filmfare Awards and numerous state awards from Tamil Nadu and Karnataka. He is a recipient of civilian awards such as Padmashri (2001) and Padma Bhushan (2011) from the government of India.
This app consists his cream collection of his devotional music. Categorised deity wise – Ayyappan, Amman, Ganapathy, Hunuman, Lord Venkatesaswara & Lord Shiva.
Download it now for free and spread the bhakti and devotion through this app.