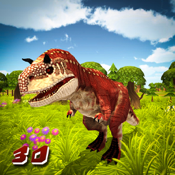 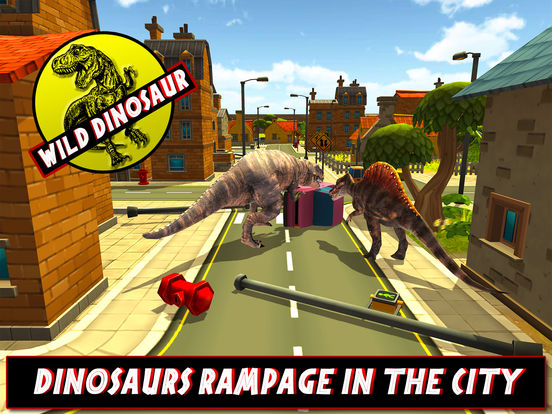 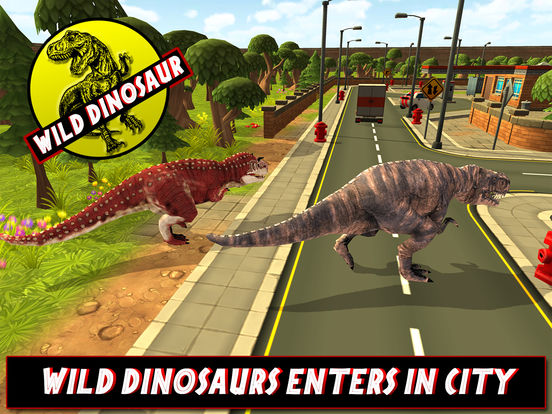 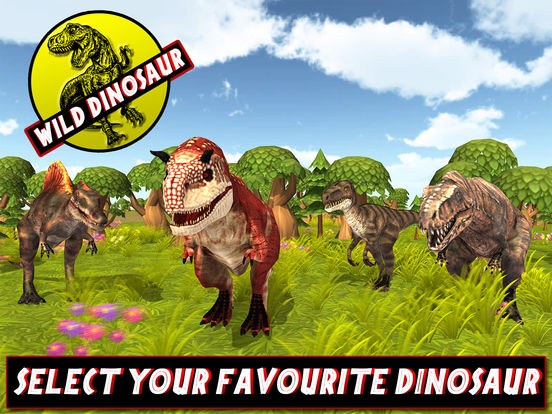 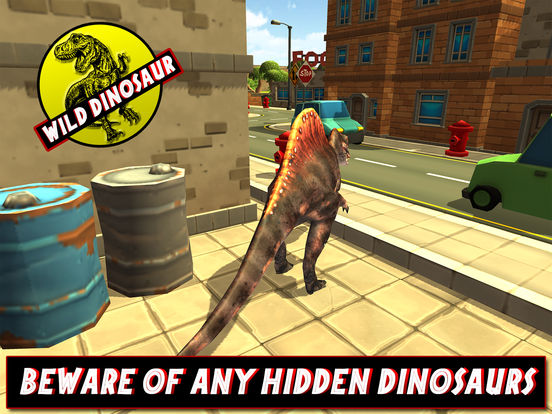 Take control of a huge Tyrannosaurus (T-Rex) and rampage the city. Smash into cars. Knock over streetlights, mailboxes. Watch water pour out of the Fire Hydrants as you smash into them.
Don't worry, this dinosaur does not eat people. He just likes to play around with them.

Go back to Jurassic age to destroy the modern city and many more exciting locations to hunt. Feel the Real 3D Environment and HD graphics as Dino destroying the city throughout the game play. A new challenging game of Dino Hunting, smash down the cities in this advanced dinosaur simulator. You no longer have to fantasize about being a dinosaur; your dreams have finally come true! Rediscover the lost world of the dinosaurs, take control of the dinosaurs and rampage the world.

Explore the huge city map with your giant 3D Dinosaur. Race against a car.Smash into cars driving on the streets. This Dinosaur simulator is something you will not want to miss.

??? Wild Dinosaur in the Wild City ???
Get ahead the monstrous wild dino and put it to its bounds to finish all in spectacle. Move your ultimate dino in wild
tracks make it jump and smash into bars.