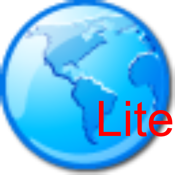 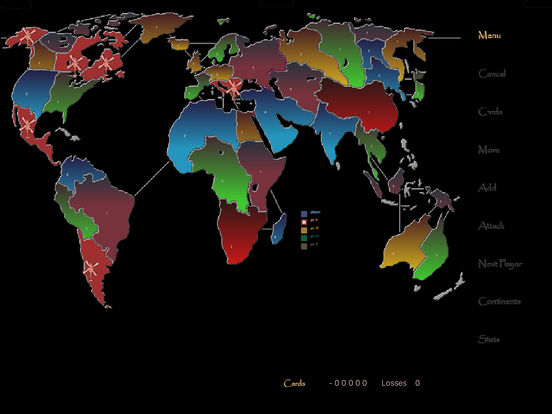 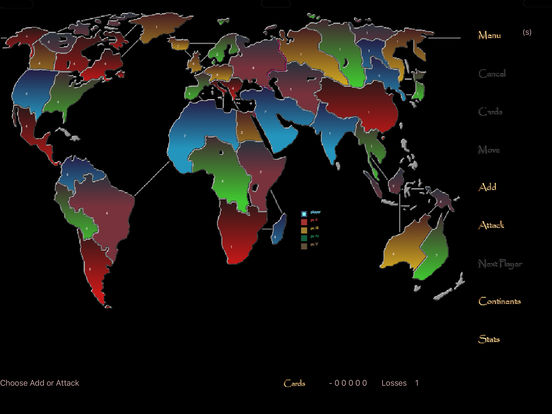 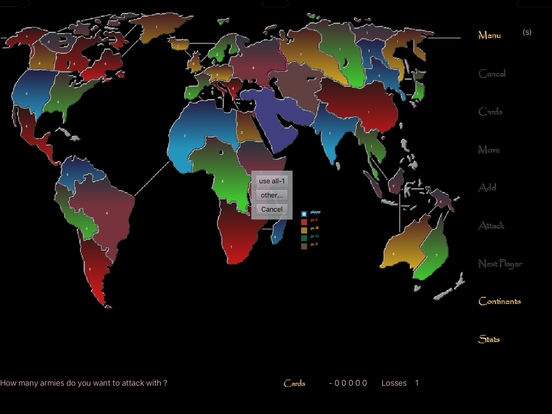 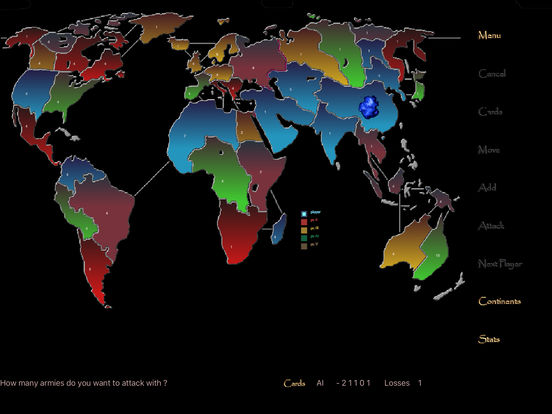 Build an empire in this Risk-like game.
Conquer the World, against computer players or human players (LAN/Internet and Hotseat). The game's options include seven computer personalities to choose from, strongholds, troop experience, statistics, and the option to play with or without dice.

The Full version enables all features:
- more maps: World, Europe, America, China, Japan, Australia, Swamp and WorldII
- up to 9 opponents, computer or human
- all ranks: move up to the rank of General
- campaigns
- submit high scores

Game Features Summary (Lite version):
- Internet/Online Gaming, play against others over the internet
- LAN multiplayer gaming, join a game or start a network game at home among the connected computers
- One-PC-multiplayer game (hotseat mode)
- play with or without dice
- Strongholds
- Troop experience
- Statistics
- 7 ai personalities (normal, defensive, conqueror, ..)
- Move up in rank: Private, Private First Class
- Missions: Conquer All (default), Hold Continents, Escort, Continents
- Demo mode, use this as a tutor
- Losses counter: minimize your losses during the game, the fewer armies you need the higher is your score

Dice are not used in Empire XP, instead you can choose from :
- the biggest army always wins the battle (1-for-1 system)
- bigger army gives a better chance of winning (Dice-like results)
- Defend phase OR Attack phase.
- You can move all your armies (-1) to the newly conquered territory after a successful attack
- Maximum of 4 armies on 1 territory to place during initial placement
- Only after an attack phase you may transport 7 armies across your own territories (so-called free moves)