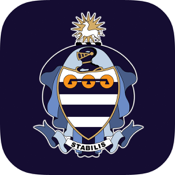 In 1855 Sir George Grey visited the Orange Free State while he was the governor of
the Cape Colony. On 13 October 1855 he donated a sum of money towards the
establishment of an institution for higher education. This money contributed largely
to the capital investment in Grey College and on 17 January 1859 the school opened
its doors for the first time, with Andrew Murray as the first headmaster.

Grey College is one of the best-known schools in the country, and is proud of
countless learners who have achieved success in all walks of life. These Old Greys are
successful in South Africa as well as in other countries, and contribute to the
excellent reputation that Grey College has established over the years.
Loyalty to Grey traditions is a hallmark of the Grey boys; the traditions and image of
Grey College unite the learners and establish a strong brotherhood.

Old school buildings have been restored and some have been replaced. These
changes were essential in order to adapt the appearance of the school to a more
modern environment without harming the rich Grey traditions.

Grey College provides a secure and positive school environment in which Grey boys
can experience success and a sense of belonging.  Parallel medium education is one
of the most important benefits of Grey College whereby Afrikaans and English
speaking boys receive tuition in either Afrikaans or English, in separate classrooms.
This ensures that each language group maintains its own identity and cultural
values.  On the school grounds, in the hostels, at assembly and during extra-mural
activities boys are exposed to both languages, and regular interaction ensures
respect for one another.  A total commitment to respect for the individual,
commitment to excellence, loyalty to Grey traditions, respect for the environment,
and a Christian educational philosophy and practice are the corner stones of our
educational ideal.