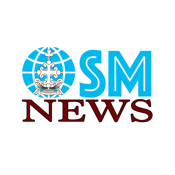 The Syro-Malabar Catholic Church is one of the 22 Eastern (Oriental) Catholic Churches in full communion with Rome. It is the second largest Eastern Catholic Church after the Ukrainian Church and the largest of the Saint Thomas Christian (Nazrani) denominations with 4.6 million believers. It is a sui juris Church governed by the Synod of Bishops headed by the Major Archbishop. The Syro-Malabar Church, with its deep-rooted spirituality and high rate of vocations to priesthood and religious life, can be considered as the most vibrant Catholic community in the world.

In 1886 the Padroado jurisdiction over the whole Malabar (Kerala) was suppressed and in 1887 Pope Leo XIII re-organized the Syro-Malabar Catholics into two independent Vicariates of Kottayam and Trissur. Finally, the Syro-Malabar Church obtained bishops of their own rites and nationality in 1896, when they were further reorganized into three vicariates of Trissur, Changanacherry and Ernakulam by Pope Leo XIII through his Brief Quae rei Sacrae. Later, the Syro-Malabar Hierarchy was established on December 21, 1923, by the Apostolic Constitution Romani Pontifices of Pope Pius XI (Acta Apostolicae Sedis, 16 [1924], pp. 257-262), with Ernakulam as the Metropolitan See and Trichur, Changanacherry and Kottayam (established in 1911 for the Southists) as suffragans. In 1956 Changanacherry was raised to the status of a Metropolitan See, with Pala as a suffragan diocese.

The restoration of the hierarchy initiated a process of liturgical reform that sought to restore the oriental identity of the Latinized Syro-Malabar rite, which was approved by Pius XII in 1957 and introduced in 1962. In subsequent years several new dioceses were established both within and outside Kerala. From 1962, the Church began to set up mission centers in Northern India, which later became dioceses. Last 40 years have been a period of steady growth for the Syro-Malabar Church.