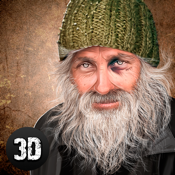 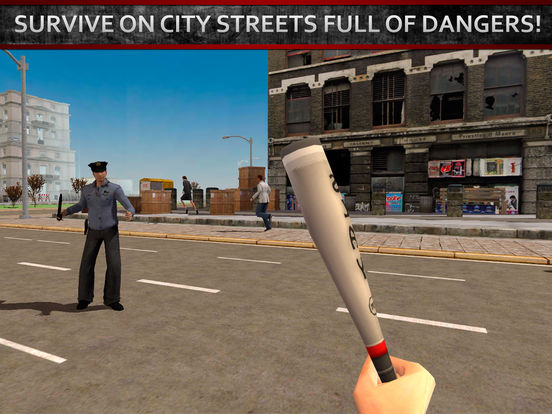 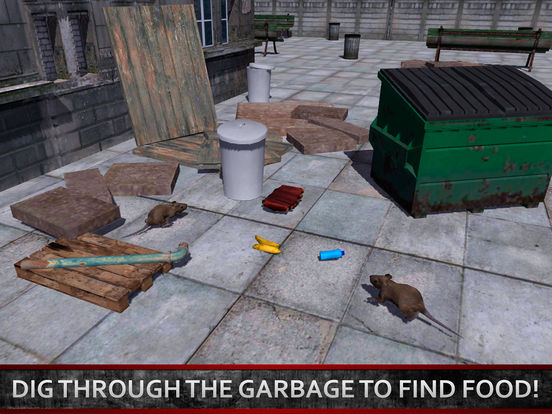 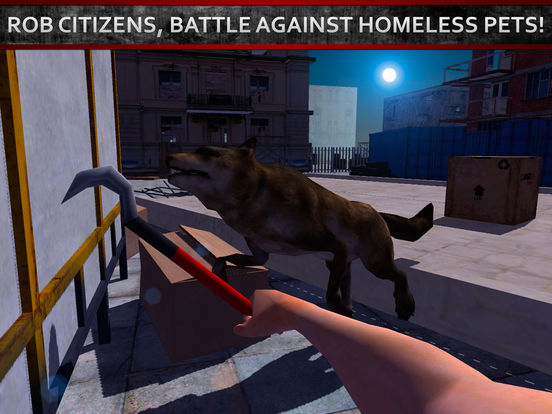 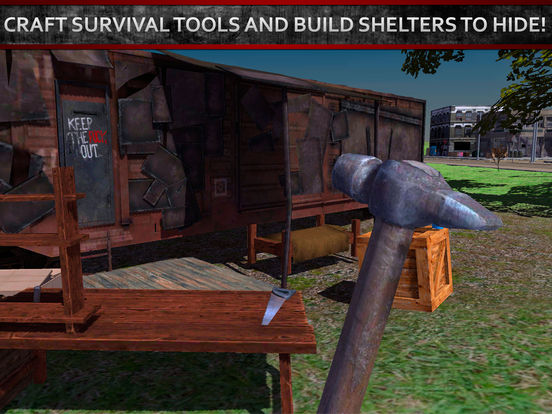 Live the life of a homeless person, lost and lonely, with Tramp Simulator: Survival City in 3D!

Fight for your life on the city streets with other tramps, search for food and money, build shelters and craft weapons and tools playing this homeless survival simulator. It’s not like being a survivor spending time on lost Tropical Island – picturesque ocean, juicy fruit and nice weather… Today your goal is to stay alive in concrete jungles! Your opponents aren’t wild predators, tropical rains or other dangers you can face spending time on the survival island – fight against cop or hide from them not to be arrested, rob and steel to provide yourself with food, dig through rubbish to find weapons or useful survival tools! Сheck Tramp Simulator: Survival City - great homeless survival simulator for those who are ready for extreme adventures! Rob, steal, hunt, battle and explore!

Salvage all the tools and weapons that may help you to explore the city! Use all your survival skills to stay alive, avoid battling against cops and discover the secrets that may help you to change you life! Meet homeless animals and others tramps, hunt or dig through garbage to find food and resources, craft tools, build shelters and try to thrive in such a harsh conditions! Tired of usual island survival simulators? Try Tramp Simulator: Survival City 3D and become a megatramp with this great homeless simulator!

Survive on the city streets full of secrets and dangers! Watch for your homeless character indicators - health, energy, fullness. If one of these drops – no chance to survive! Special survival tools like weapons, knifes or lighters would help you to stay alive – craft it using resources you found or obtain by robbery! Survive in harsh conditions, face dangers and change your life or become megatramp! Living on the city streets is not like relaxing on the tropical island, so get your survival skills to work playing Tramp Simulator: Survival City in 3D!

Control your tramp character using joystick, walk around the city, dig through garbage, craft tools and build shelters. Is seems like playing island survival simulator, but a bit tougher. Your home is backstreet and your goal is to survive at all cost! Hunt for wild homeless animals, search for weapons and tools or earn money robbing and stealing. Battle against the police and use all your exploration to thrive in this hostile environment! Survive at all costs being a homeless person with Tramp Simulator: Survival City game!

- Great homeless survival simulator – explore city streets, hunt for animals, dig through garbage, craft weapons and survival tools to stay alive
- Health, energy and fullness indicators to mind
- Various survival tools – find it, craft with resources or obtain with robberies
- Choose your lifestyle – live a peaceful life of a tramp begging for money or earn with robberies
- Use all your exploration, battling and survival skills to stay alive


Tired of usual island survival adventures? Explore concrete jungles with great city survival simulator in 3D! Meet other tramp or homeless animals – make friends with them or battle against. Choose your own lifestyle – earn money to change your life or become a megatramp! Quarry resources, look for weapons and survival tools, craft, build and explore! Check Tramp Simulator: Survival City – great survival simulator for those who are ready to to start at the bottom.

Let your trump out of street life or give him no chance to survive with this realistic city survival simulator in 3D!