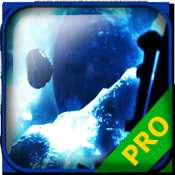 EVE: Valkyrie is an upcoming multiplayer dogfighting shooter game set in the Eve Online universe that is designed to use virtual reality headset technology. Eve: Valkyrie is set to be released on Microsoft Windows and the PlayStation 4 video game console. It will be a launch title for both Facebook's Oculus Rift and Sony's PlayStation VR virtual reality head-mounted display. During development, it was called EVE-VR. CCP Games announced on December 9, 2015 that the game would come bundled with every pre-order of the Oculus Rift, which is expected to ship in the first quarter of 2016.
With our Unofficial Game Guide become an expert player and get unlimited coins! This guide is for anyone looking to play the game like the pros do. Are you frustrated with running out of coins? Or perhaps you are just looking to learn how to enjoy the game more? No matter what you are looking to do our guide will help you get a greater level of success. Don’t delay, become a pro player today!