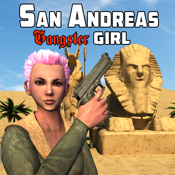 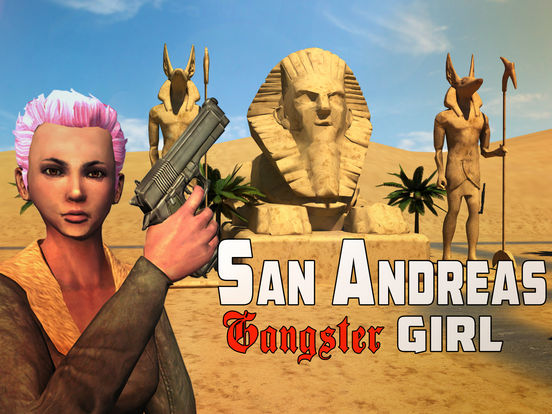 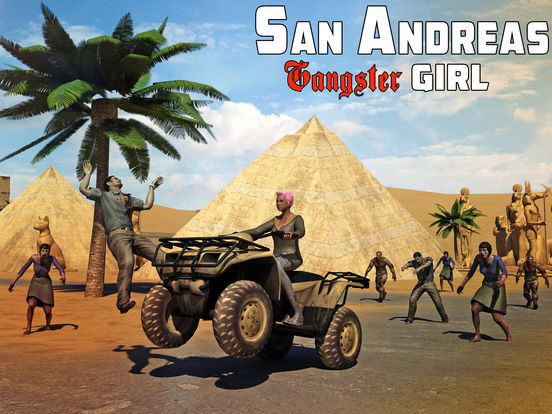 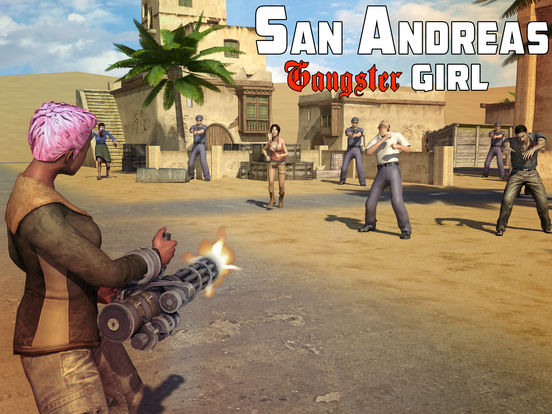 In this game you are gangster agent girl, who doesn't afraid anything. In your city mafia ruling the streets.
They shooting, kill people, rob banks and stores. There is a criminal chaos in the city.
It's time to show everyone who’s boss by shooting rivals and ruling the streets. You are not policeman. You are a gangster, who don't need for glory - you have a greed for revenge.
You as a player are given a full sized city where you can go nuts, but don’t go on a rampage because then the cops will be upon you. The action in this crime simulator 3D game revolves around shooting and killing your enemies.

To stop these criminals you have to complete a lot of missions and you need to learn how to fly helicopter and jet planes. san andreas gangster girl 3d is

action packed with lots of missions. When you are driving around in San Andreas you can look on the minimap for missions.

This Game is Only for fun Only .......
you can punch city people if they run away then they lost from map of town.Citizen has power to penetrate in to building during their run time.If you also want to penetrate in building than you can enter in building by rolling down OR by Jumping.
Play with different guns like AK47, pistol, rifle, sniper,rocket launcher. Perform Counter terrorism activities, kill your target in sniper shots. Perform as Terrorist and attack on city strike in this shooting game.

Destroy Beach with racing car stunt or full speed car skidding, blaster tank,bike.Perform off road driving at beach side.
It is one kind of Underworld Terrorist Survivor Game.If you are looking for Fighting Games & shooting game. we have that kind of play zone collection of 3D Game.
To know more about this game please download this running Game.
It is Free to Download and Play.