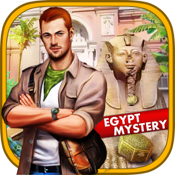 Adventurist Carl is determined to reveal the biggest mystery connected to the Egyptian culture. You are surely already guessing, that is the world' phenomenon how the pyramids were built. Carl who is very much in fond of Egyptology as a science, is convinced that in that time there has been a group of people that called themselves \"Sons Of the Nile\" and it was them who organized and planned the building of the pyramids. Nevertheless, without that group all of that wouldn't be possible. 'Sons of the Nile' had so tremendously powerful ships and they could transport huge stones that weighted for few tones to the place they were suppose to be brought. At that time they had very big authority and freedom that the pharaoh gave it them, so they could govern the slaves. In that time, 'Sons of the Nile' were the closest people to the pharaohs, but no one actually knew about that. They were so mystical and that has been inherited till today. The history says that that happened because no one really wanted to unveil the truth how the pyramids were actually built.

Though the popular history says that slaves were the ones who built the mystical and monumental buildings more than four millenniums ago (the earliest of the known pyramids is known to be constructed in the period of 2630 BC to 2611 BC, and it is called Pyramid of Djoser), still there are no hard evidences about whose hands were left on those monumental buildings. Though their number is uncertain, their purpose was well known – they were meant to be tombs for the leaders, for the pharaohs.

It is believed that the city of Giza has the most popular pyramids of this country and the pyramid of Khufu as the largest Egyptian pyramid is the only one of the Seven Wonders of the Ancient World that still exist. So put yourself into the hands of the adventurer Carl, and go back in the time.