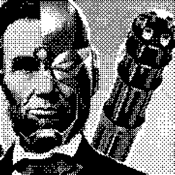 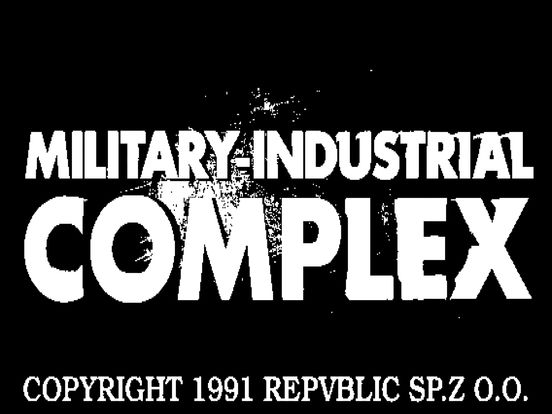 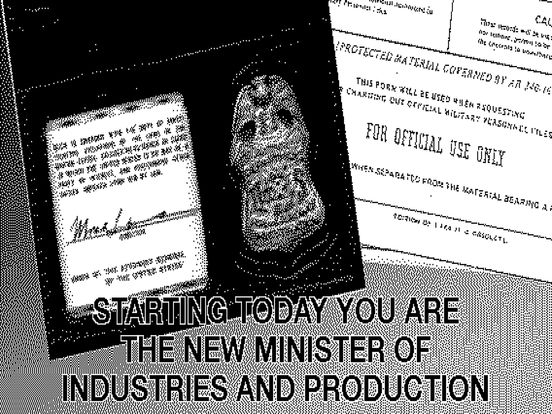 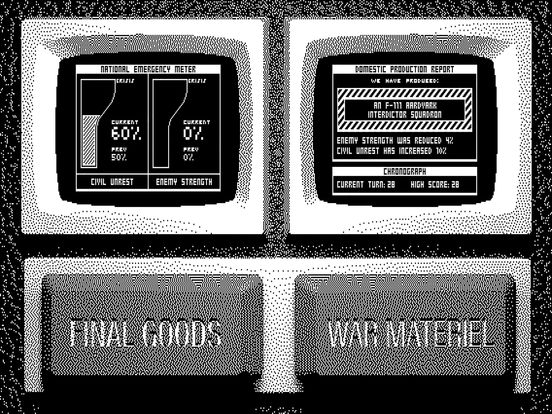 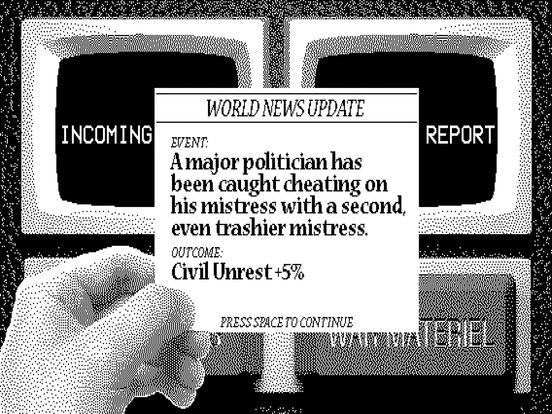 MILITARY-INDUSTRIAL COMPLEX is a retro tribute to the original 1-bit Macintosh and an homage to the classic Macintosh games of the late 1980s: Déjà Vu, Shadowgate, Balance of Power, etc.

THE STORY SO FAR:

Commander-in-Chief Strom Thurmond and the North Atlantic Protestant Alliance have been at war with Premier Stalintron’s endless cyborg army for almost four years with no end in sight.

Until yesterday you were just another junior enlisted Aerospace Propulsion Technician for the USAF Reserve, installing and repairing EF-111B fusion engines on the Laughlin Air Force Base flight line. But that all changed last night as you absent-mindedly picked at the label on a bottle of Lone Star beer while sitting on the curb outside of the Del Rio Applebee’s.

When Buck Sergeant Shelton had come bursting out from the restaurant to tell you the news he was almost too excited to speak. “At the bar!... the First Lady’s Prosperity Lottery... on all the vids!” After a couple of deep breaths he finally managed to speak in complete sentences: “They called your Social Security Number in the federal lotto! It was on all the vid-screens in the bar!”

Almost as if on cue, a half-dozen gloss-black Humvees marked ‘Department of State’ came tearing into the parking lot. “Come with us,” was all the Special Agent had said. A few hours later you’d found yourself in the White House Press Briefing Room being introduced to the Western World on all 16 Fednet cable channels as the newest winner of the President’s experimental Auxiliary Cabinet Raffle.

At 0800 hours this morning, February 19th, 1987, you were officially sworn in as NAPA’s first Minister of Civil Industry and War Production.

Do a good job and this could mean great things for you and your family: work visas, travel and reproduction rights, even Citizenship! Fail, and the future of our great nation is doomed.