Roughly: the approximate time, in words 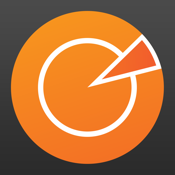 "Roughly" is a Watch complication for the Modular, Utility and Mickey faces that tells you the approximate time, in words. Times are given to the nearest five minutes: "it's about ten to six", "it's about quarter past three", or "it's about five o'clock". Accurate but imprecise, it's a "fuzzy clock".

Roughly is most useful for those with dyscalculia (numeric dyslexia) or for the lazy. When you're asked what the time is, you can just read it out.

Please note that on the Utility and Mickey faces (only) the hour may be shown as a digit if there is insufficient space for a word. For example, "TWENTY FIVE PAST 12" may be shown rather than "TWENTY FIVE PAST TWELVE". This is more common on the smaller 38mm Watch, and if it's an issue for you, please use the Modular face instead.

The iPhone app only displays an image. To load Roughly, install the iPhone app, then wait for it to install on your paired Apple Watch, or install it manually through the Watch app on your iPhone.

Roughly supports the Time Travel feature for times within the next several hours.