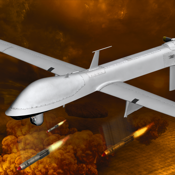 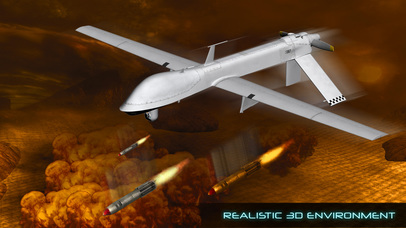 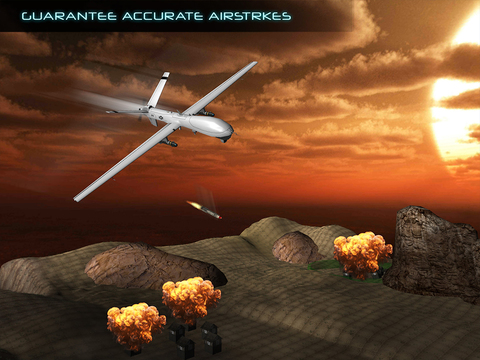 If you are looking for a 3D flight simulator game or a realistic military warfare combat, then Drone Airstrike Flight Fighter is the game you are looking for. This advanced drone flight simulator 3D game gives you the control of your own remote control drone so that you can feel the thrill of being a pilot and drone operator to fly your own 3D drone aircraft. Show your superior flying skills by taking charge of your quadcopter rc drone and start a drone strike combat against the terrorists who are working to disrupt the peace of your homeland.

Drone Airstrike Flight Fighter is a simulation game that let you choose from a number of drones such as Predator Drone, Global Hawk, and Reaper Drone & AGM – 158 Cruise missiles. Choose the drone of your own choice and start a targeted military aerial warfare mission against the terrorist groups.
This 3D drone flight simulator gives a feel of a real flight simulator along with the experience of a trained army commander as you have to aim the terrorist groups hidden in the jungle. But be careful and do not let drone hit a missile as these remote control drones get crashed very quickly.

Taliban and ISIS have taken control of the area in the Waziristan Valley. You responsibility as a trained and experienced drone pilot and army commander is to aim the terrorist groups and take charge of the Waziristan area back into your own hands. The terrorist's invasion into the area might create a number of national security problems as they are planning to attack a nearby city. So what are you waiting for? Take the leadership and patriotic role and kill all the terrorists who are planning to kill innocent civilians and army personnel by downloading this new amazing Drone Airstrike Flight Fighter simulator game.