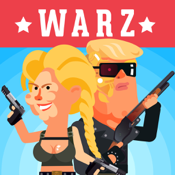 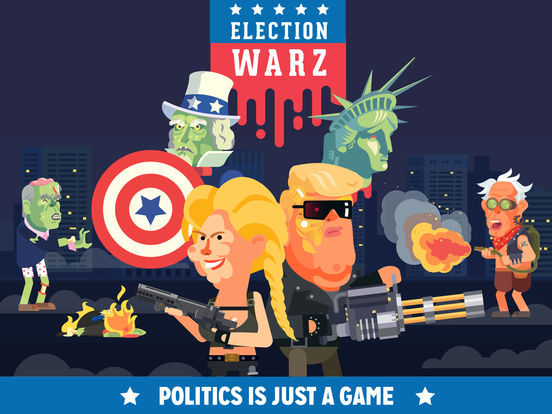 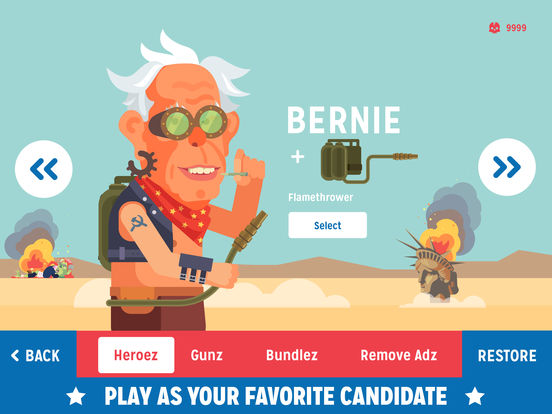 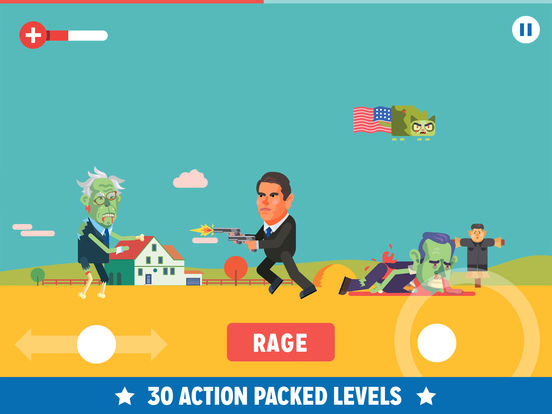 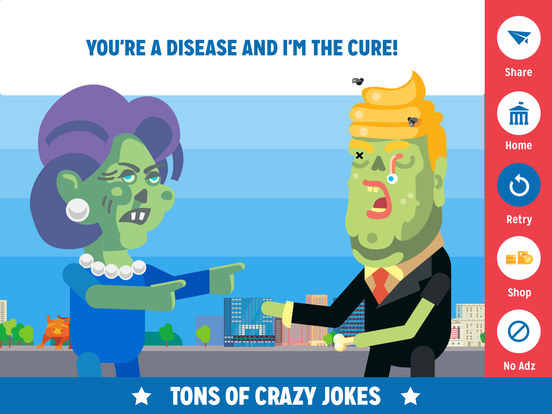 In an election year that often feels like a joke to many, Blue Angel Games presents "ELECTION WARZ”, a new mobile app reminding us us that Politics is just a Game.

The survival of our country is at stake. Zombie candidates are attempting to take the White House and only you can stop them, playing as Killary, the Trumpinator, BerningMan, dead former presidents and many more! Battle your way through the zombies on a campaign trail across America- unlocking the Primaries Battleground, Demographics Deathmatch and General Election.

Make use of an awesome arsenal including the Pistol of Insults, Hecklers Rifle, Slander and Libel Rocket Gun or Vilification Flamethrower.

Your political path will eventually reach the ultimate bosses: Uncle Sam, Lady Liberty and the Illuminati. Put an end to the madness and take our your aggression on Politics!

Players have the chance to watch and enter the “Polls" with a real-time Zombie Kills Score Board organized by State and Country.

Time to Take our Your Aggression on Politics!