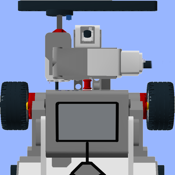 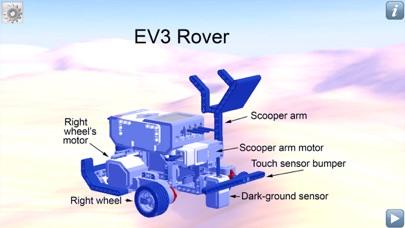 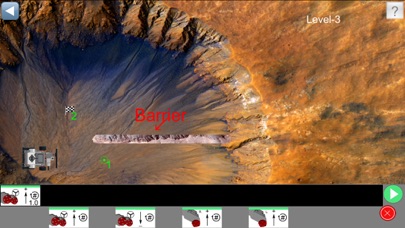 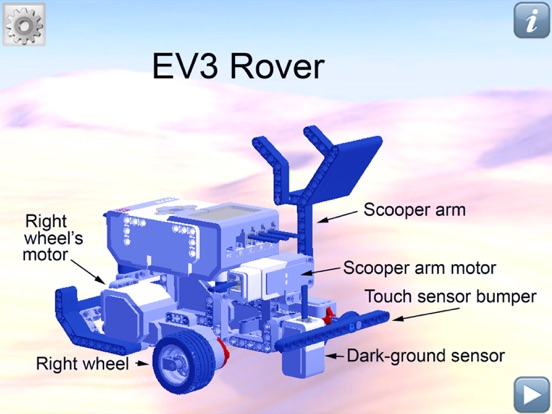 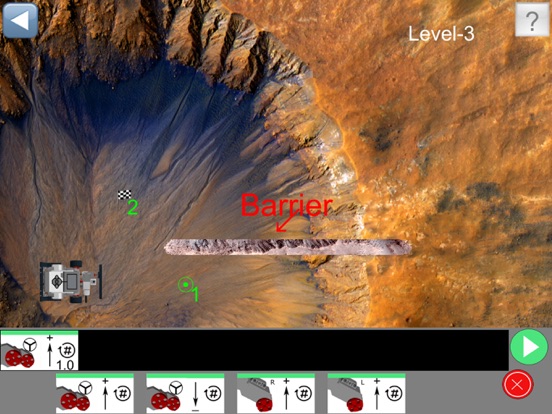 Fix EV3 Rover is a fun game where you get to program a robot vehicle using instructions loosely based on the LEGO® MINDSTORMS® EV3 programming language. Completing each level of this game will help you learn basic programming techniques that are particularly useful for participating in FIRST® LEGO® League (FLL®) competitions. No robotic equipment or previous programming experience is necessary.

EV3 Rover is a robot vehicle sent on a rocket from Earth to the planet Nuftobor. Unfortunately a major solar flare occurred shortly after takeoff, erasing all programs from the robot’s memory. While EV3 Rover made it safely to Nuftobor’s surface, it cannot move on its own without programmed instructions -- instructions that YOU must provide! Your goal is to Fix EV3 Rover so that it can complete its mission of exploring its new surroundings.

EV3 Rover is equipped with motor-driven wheels for moving and turning, a sensor to detect dark-colored ground beneath it, and a front touch sensor bumper to detect obstacles in its path. In later levels of the game you can program its scooper-arm to lift, carry, and drop boulders found on the planet’s surface.

You’ll face challenges that require logical thinking and spatial intelligence, while being guided through progressively more complex game levels. And if you forget the meaning of any programming symbols, you can easily look them up using the in-game symbol dictionary.

Get ready for a fun and engaging adventure as you Fix EV3 Rover!

Intended for ages 9+. Also available at the Mac App Store.