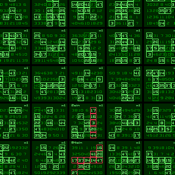 TapBingo2 is a bingo game.
Credit is bet on the card on which 25 figures were written.
When 5 numbers equal a height and width slant, it'll be election, and is high magnification so that it gathers early.

It's that a tap makes the written button "TYPE 25" on the title screen, and the card type can be changed with 50 or 75.
The card type is the kind of included numbers, and an election probability becomes so short that it's big whether it's a number but the magnification by the same number of times rises, and the number of times out of which a number is pulled also increases.
A game is begun by "START".

When it starts, You get a card by a "GET CARD" button. If it's in the reach of the credit, there is no number restriction of a card.
When a tap does an indicated card, it's bet additionally.
It's bet on all cards indicated at present by "BET ALL" additionally.
A central wild boar can change the card acquisition and the credit used for the time of an additional bed by the bed unit.
The unit of bet can be changed by a central button.

A game is begun by a "START" button.
An acquired card will be in the state as which the center was fixed from the beginning.
If it begins, each 1 number is pulled by a tap's doing a screen, a number, a height and width slant, if 5 equal one of them, you get credit of the magnification it fits.

When a possession medal will be less than 10 at the time of a game end, and you return to the title, a medal is replenished.