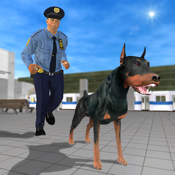 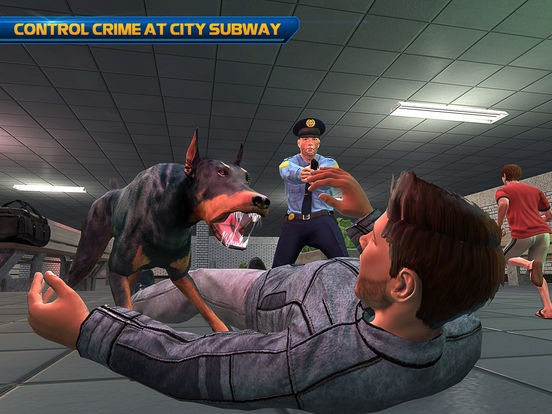 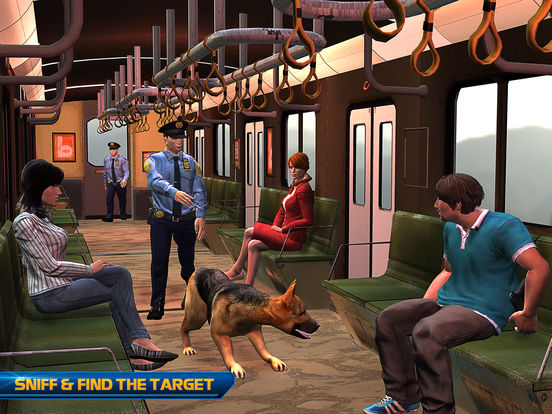 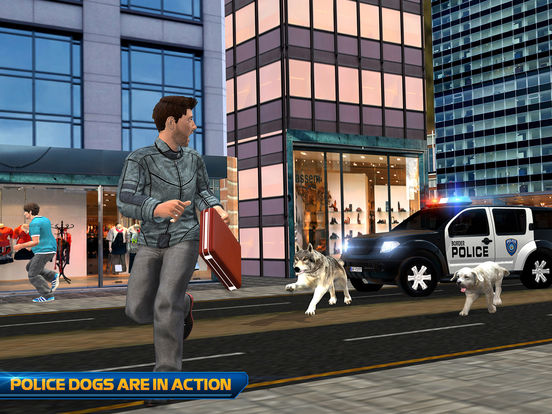 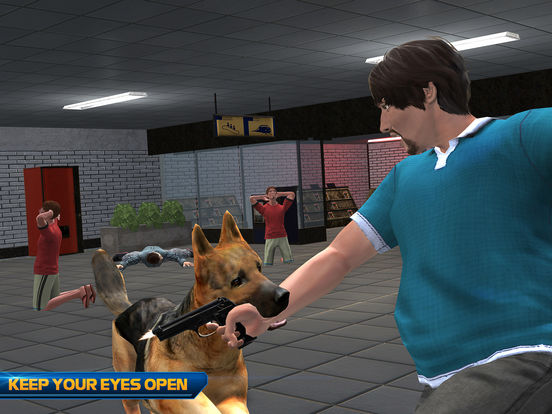 Security of the city subway & train station is in your hands now. Get ready to start full action with police dog in san andreas city. Take your police dog in police car rush driving at the crime spot. Your mission is to chase the robbers and criminals, sniff out bombs, prevent street crime and help police officers keep the city in order by using powerful sense of smell. Track criminal, suspects and missing persons in different challenging missions. Catch criminals with weapons and illegal stuff walking in the city subway. Chase them until you catch them!

You are playing as the police dog chasing criminals on airport as city guardian. Some people might be carrying some suspicious stuff in their baggage. They might run away when sited so be fast to catch them. Don’t let the city subway turn into a crime place. Play as a angry k9 officer cop dog hunt down criminals as you are a trained German shepherd. Down town Train station is crowded with people and tourists travelling on trains from different locations. Police vs crime takes place at such places and you have been chosen to secure the train station from criminals, robbers and thieves. Trained as a professional k9 cop dog to sniff around, catch criminals and rescue civilians. Enemy might try to sneak in with their illegal cargo, weapons or other items. Stay alert and be the best German shepherd for your official squad. Take criminal to prisoner and do not let prison escape. One of the tourist has reported 911 about a bomb inside the school campus. Accompany bomb disposal squad to find and diffuse the bomb. Metropolitan City Subway security is on high alert. Secure tourist, passenger & travelers from criminal invasion. The professional cop dog has been trained to sniff the gangster and wipe away crime missions. The subway security is in your hands now. Work with the police troopers and crime fighter squad against the survival of underworld mafia invasion at the train station.

The security of civilians is in your hands now. Secure the city subway station with high security. Drive cop car rush help your partner to catch criminals and control crime rate at subway. Don’t let any criminal sneak in with weapons or illegal items. The thrill gets even better when criminals run for their life and you as a cop dog chase them and catch them. Fulfils your duty and assist your partner cop to identify and catch criminals in this police dog criminal chase simulator game.