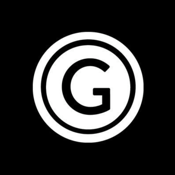 Gruhme was the brainchild of Rob Hallmark, our CEO and Founder. Rob grew up in the West Midlands and studied law at Durham University. After a short spell in the Far East he returned to the West Midlands where he spent the next seven years working as a corporate lawyer before deciding to follow his heart and start his own business. As a consumer of men’s products Rob had struggled to find strong male brands that he truly identified with. With a passion for creativity, design and aesthetics Rob was inspired to create his own brand encompassing the qualities he found mostly absent from the modern alternatives, and Gruhme was his answer.

This App has Push Notification enabled which allows you to view App messages sent directly from the business straight to your lock screen; Push Notification feature must be enabled for this to work. App contains Integrated Facebook/Twitter feeds.

App contains a Geo-Fencing feature which requires location from the App for it to work.