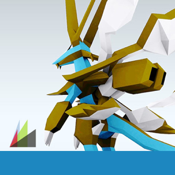 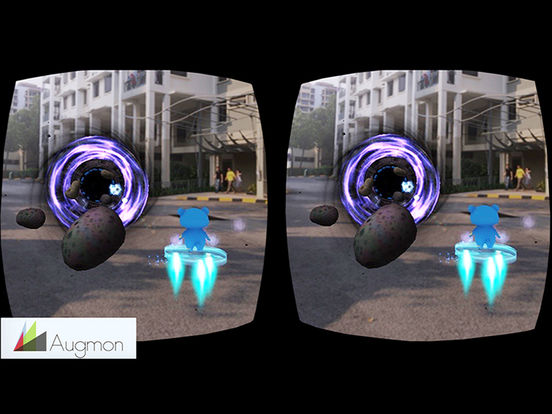 *Player need to wear google cardboard V1 or they need to cut the front side of cardboard V2 (make a hole similar to the V1) to make the device's camera visible to capture the real environment content.

Augmon Bringer is a very engaging game based on the combination of virtual reality and augmented reality technology. There are two scenes in the game. Firstly, augmented reality uses the smartphone's camera to create a scene where the virtual creatures come to our real world through the virtual wormhole. This scene will stimulate player’s mixed fantasy experience. The player can interact with the virtual creatures called “Augmon”, which abbreviated from Augmented Monster; players are able to fight the enemy with them. Secondly, virtual reality scene that enables the player to immerse in the full fantasy experience. The player needs to go to travel to another planet by going through the virtual wormhole. The game will begin in the AR mode where players may choose the location either Earth (AR) or "Augirium" planet (VR) to play. There will be a scene where player travel from our real world (AR scene) to another planet (VR scene) through the wormhole if the player chooses "Augirium" planet (VR) location. The game was designed with the enjoyable and fun gameplay where it provides exciting challenges and portrayed many visual and sound effect.