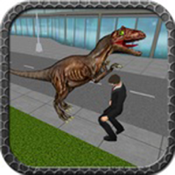 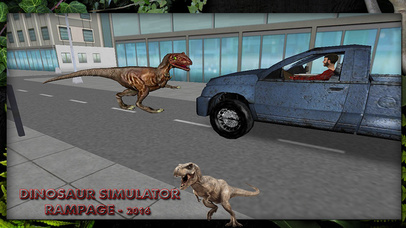 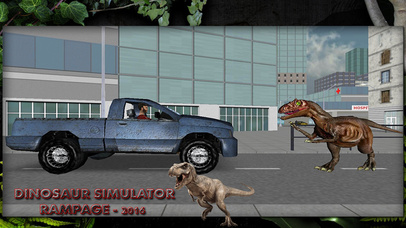 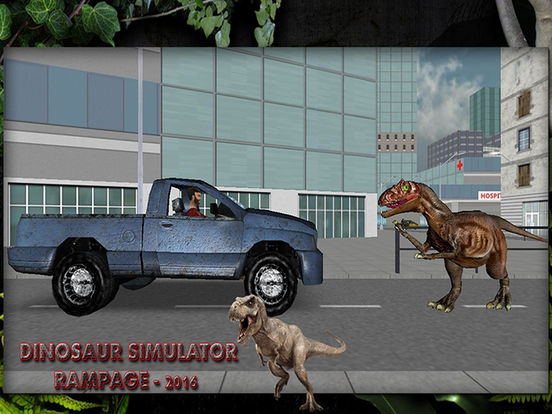 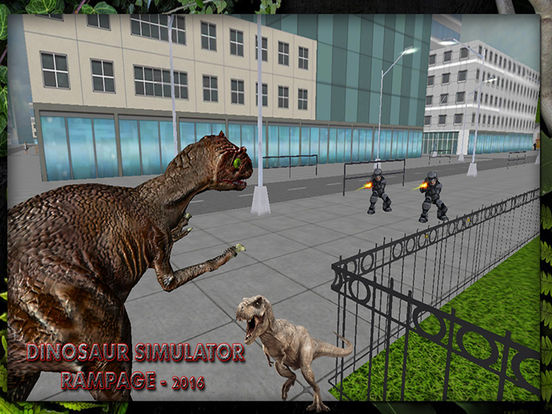 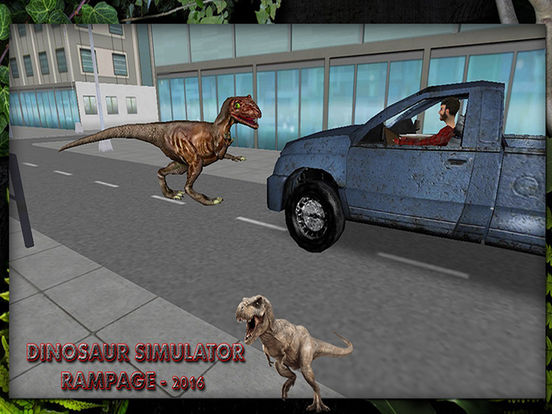 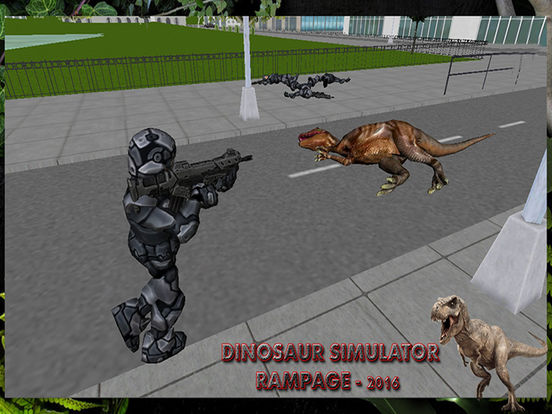 A real Dino Simulator City Rampage game is ready for you. If you like playing dinosaur game then Dino Simulator City Rampage is a latest dinosaur hunter simulator games, an apocalypse event in modern city, Explore the huge city map with your giant 3D Dinosaur. Dinosaur Simulator is a thrilling 3D game. They have taken over the city streets and highways in what can only be called the apocalypse. Use your techniques to hunt down your prey in a lush environment. Aim, track, run, attack! Use those sharp teeth and claws wisely to obtain the tastiest feed.
A really amazing dinosaur simulator rampage game get around with your Dino's, eat everything you find on your way. Rampage Dino Simulator is a unique game with amazingly realistic physics and contains 2 modes . A city mode and A Jurassic Jungle park ( Safari mode ) mode. This game will show the wildness in depth. This game is ultimate, chaotic way. Explore the huge city map with your giant 3D Dino. This Dinosaur simulator is something you will not want to miss. Experience Amazing 3D graphics and prehistoric Jurassic park city environments. The Trex is one of the most feared giants of the Jurassic era. Play the real dinosaur game and have lot of fun in destroying city and safari jungle to!! Smash the city and be the massive dinosaur and roam around the extreme locations. Race against a car, smash into a moving vehicle. Have a fun of tilting and smashing the world with real beautiful dino noise. Dinosaur games are always fun and this one will make you go crazy. Get yourself ready for the thrilling experience. after smashing city you will be able to unlock Jurassic safari jungle mode and another thrill comes to your way. Distinct 3D safari environments including pine forests, muddy marshes and rolling hills give room for different hunting tactics, which are important because the hunter may easily end up becoming a prey. Wind direction, scent and the use of a special dinosaur call are all key elements in tracking the dinosaur and not being caught. Dino Rampage Hunting simulation is completely true to life! Open and explore a huge 3D world in HD quality inhabited by variety of dinos. Be the ruler of all and playing Real Dino Simulator City Rampage!
Dino Simulator 3D City Rampage Game Features:

So what are you waiting for, download it now and it's easy & fun to play !!! Your feedback and rating will be highly appreciated in improving this and related apps.