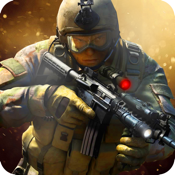 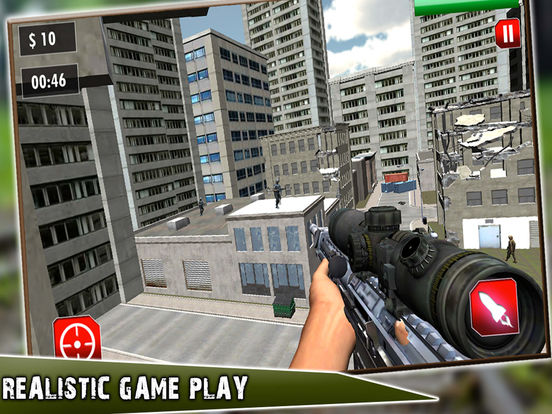 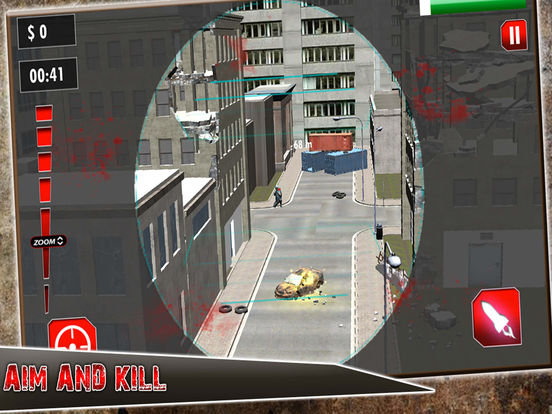 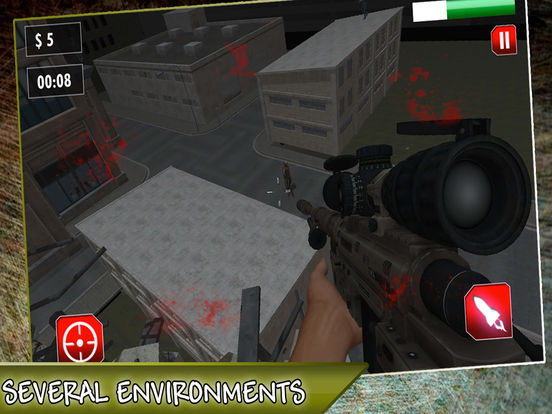 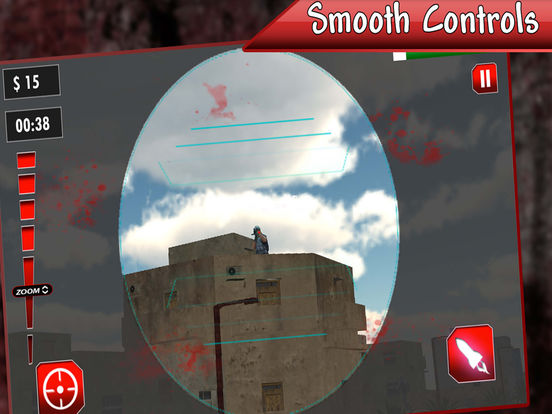 The enemy squad has taken over the city and the hero - The City Sniper , as a one of the best snipers is assigned a task to clear the city by exercising his matchless expertise in sniper shooting with rubber bullets to hunt down the responsive enemies from a top edge of a building in a damaged city, who have taken over the city to meet their ill-intentions. Mr. Sniper is the last hope of the city inhabitants, his strategy will be to segregate and snipe them one by one.
To make the situation more challenging and interesting, The City Sniper faces 6 multiple waves with increasing number of enemies with decreasing time and health in case, Mr. Sniper is hit by enemies to cross the wave. On hunting down an enemy, Mr. Sniper will be rewarded with $ 5, which can be used to unlock the rural environment and upgrade his traditional weapon to more sophisticated to repeat his episode of success more efficiently and effectively.
The game comes up with the amazing 3D graphics, controls and animation which gives an exhilarating and thrilling experience. There is no turning back and The City Sniper has to eliminate all miscreants indiscriminately without any hesitation. The City Sniper has to ensure his focus and determination before firing his first shot.
If you are really looking for sniper games, shooting sniping, sharp shooting games, city sniper games etc, than this is the best game for you to play, Enjoy !
Game Features:
- Ultra REALISTIC 3D graphics
- 3 unique maps and stunning locations
-Unique personalizations for your weapons
-Shoot sniper rifles, assault rifles, real guns and top-secret weapons