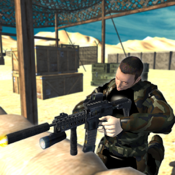 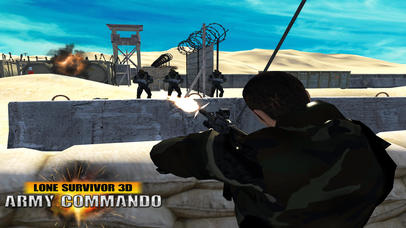 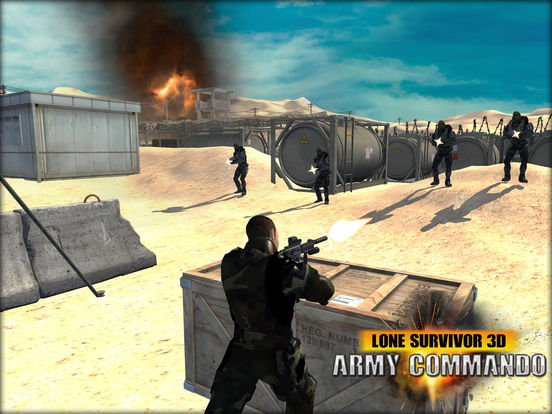 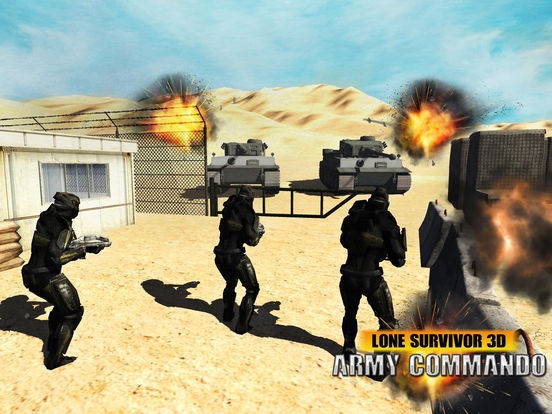 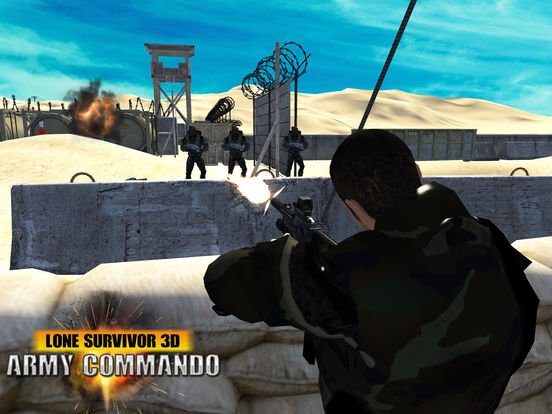 Be a professional lone commando of the army and prove yourself as the only survivor in this Lone Survivor 3D Army Commando death mission of fury and combat battlefield in the worst warzone with modern army sniper and assassins all over the warzone and military and army bases. Battle through your way till the end and show your lone instinct commando specialty. It’s a war against all the odds and terror, come across while reaching to the destination.

Step into the battlefield as a lone survivor and army commando with modern army combat and sniper and assassin mission skills; join your commando squad for the deadly war and blackout SWAT killing in the dynamic FPS warfare against the rebellion enemy forces and rivals. This mission is named as mission angry shark, be an ultimate monster in this killer shooting game. Aim, Shoot and kill all your enemies who have surrounded your military bases, Lone Survivor 3D Army Commando and Combat takes you on a whirlwind into the enemy’s hideout. You are a lone survivor commando and sniper assassin; get ready to play your part in this FPS 3D shooting combat with dangerous attacks and silent assassin missions.

Eliminate all the rebellion forces and guerillas from the armed force bases and jungle hideouts, lead your marksmen and SWAT combat squad team with assault techniques and rifles. Take your best kill shot and prove yourself as a bravo sniper and kill shot assassin. Lone Survivor Army Commando is an action based sniper assassin combat shooting game. Stay clam and hold your breath, stay cool, set your target on your sniper scope crosshair, get set and pull your trigger for the best kill shot, strike the bullet right into the head of the enemies, there is no chance of mistake so be accurate. You and your commando snipers and elite military base sniper shooters have been assigned to kill these assassins. Be alert and prepared, terrorists are loaded and you are one of the best modern army sniper assassin shooter to spot the equipped enemy.

Eliminate a mob of enemies as the front-line shooter. Prove yourself as a worthy modern city and army sniper assassin ready to play your part in dangerous killer attacks and silent assassin missions. Play your part as Lone Survivor Army Commando and assassin in the line of duty and in the life of fire and threat, enemy is engaging through land air and sea, enemies military apache cobra helicopters are continuously bombarding the army bases and the gunner tanks attack is immense and the warzone is the nightmare of the deadly shelling. In this critical situation of myth and mayhem, you are the only hope and the best modern army sniper assassin and shooter of this battalion.

The enemy has a powerful military and helicopters snipers. In this combat mission, you need to take their soldiers and high value targets. The enemies formatted in guerillas have spread into the deep jungle, occupied the sea and have setup their bases in the desert. Lone Survivor Army Commando, prepare yourself for this assassin and killing combat mission, eliminate all the rebel forces one by one. You have got enough artillery and sniper shooters to attack them. Be a furious killer and carried out elite sniper shooting. Destroy and demolish your enemy camp. Be prepared for the terrorist counter attack; There is no room for remorse here, so shoot to kill.