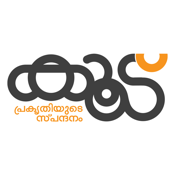 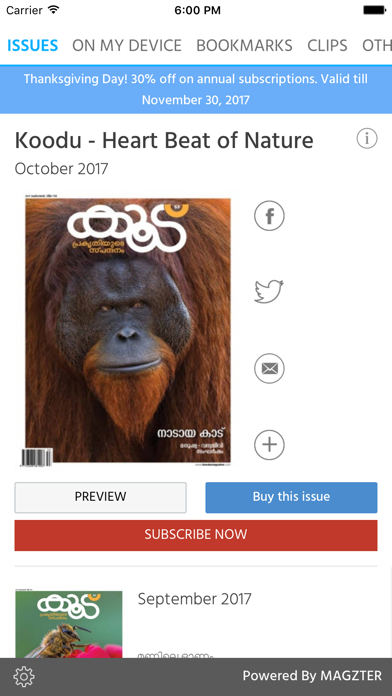 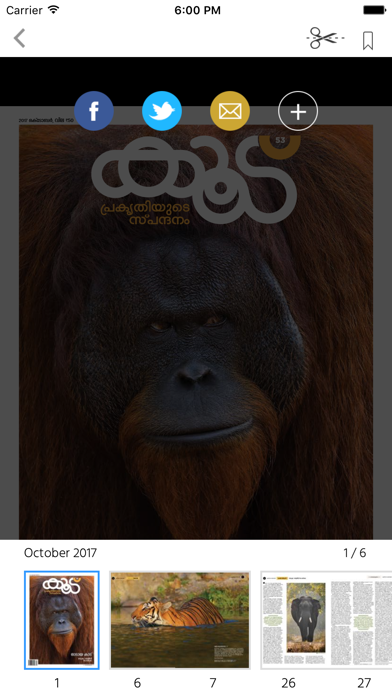 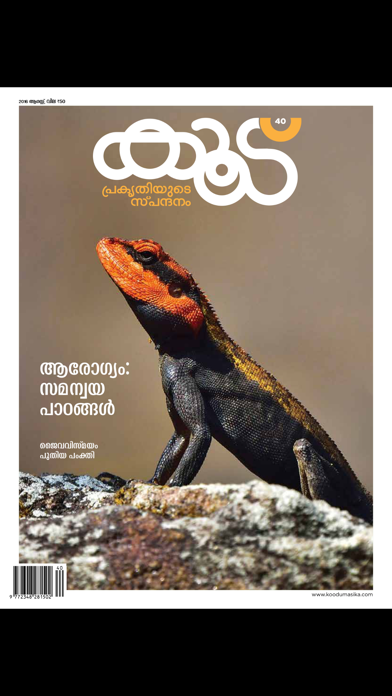 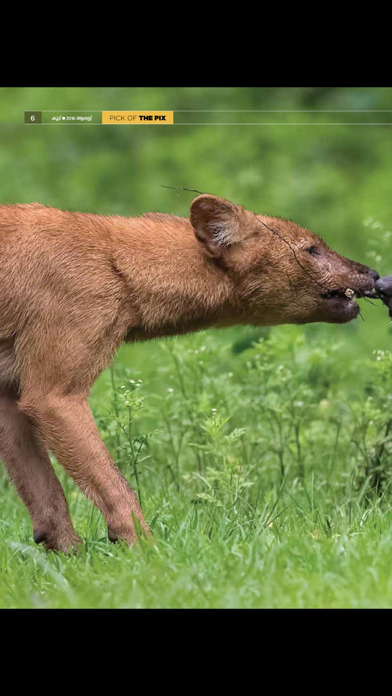 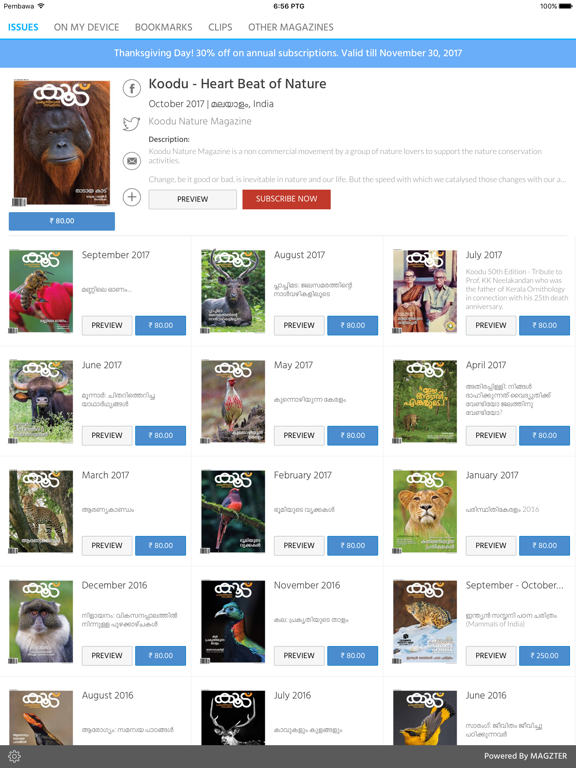 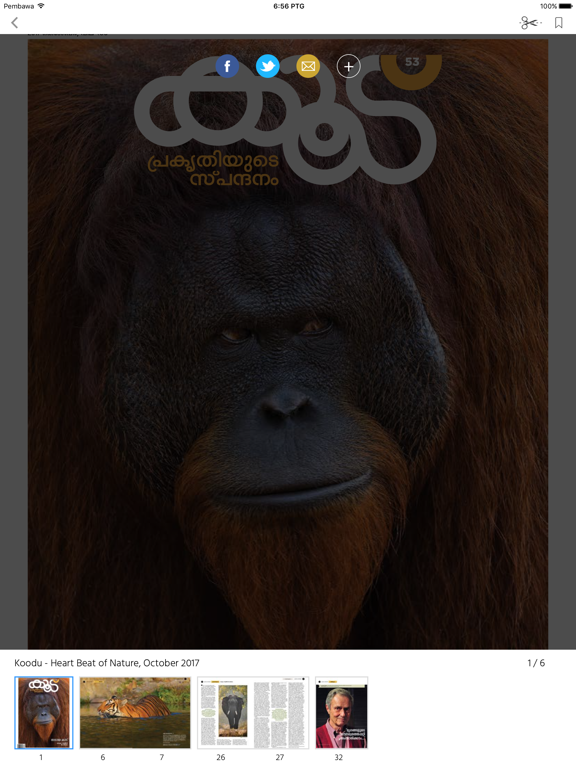 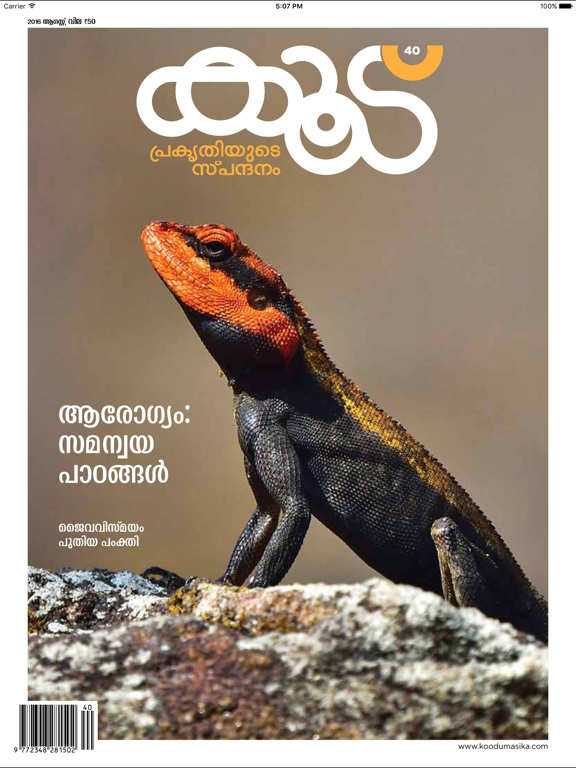 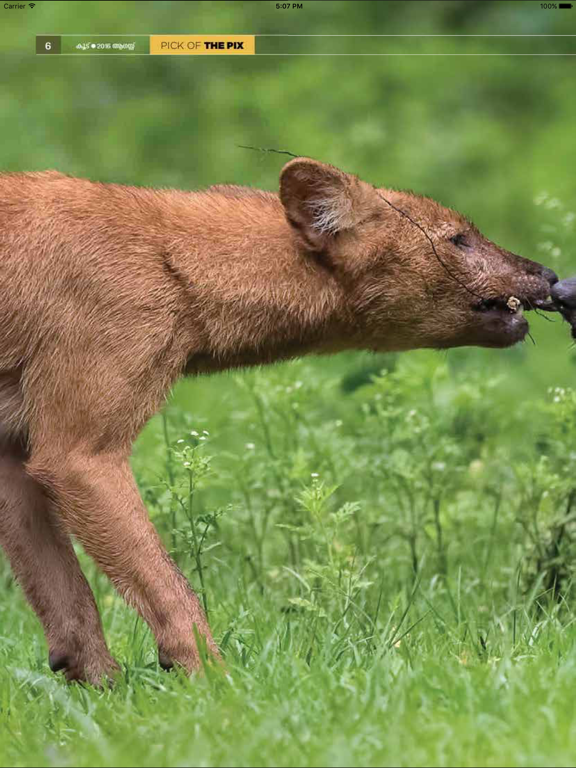 Koodu Nature Magazine is a non commercial movement by a group of nature lovers to support the nature conservation activities. Change, be it good or bad, is inevitable in nature and our life. But the speed with which we catalysed those changes with our actions is leading to a catastrophe. Majority of us are caught in the middle, either ignorant of the changes or unable to cope with the demands posed by them. And many of us keep committing heavy-scale environmental destruction, which could prove fatal to humanity in the long run. Some others realise their mistakes too late that damage is done permanently by then, making comeback almost impossible. The gravity of the situation made some like-minded hearts to join hands and lead to the launch of Koodu Nature Magazine (Nest, Heartbeat of the Nature). A panel of dedicated naturalists, scholars, academicians and well-wishers form the driving force behind it. More than a magazine, Koodu aims to act as a platform, where the common man and decision maker can join hands to create awareness of the challenges faced by our environment and work on solutions to save our environment. It is thus a humble attempt to make earth a better planet for our posterity. We’ve completed three years of fulfillment and hope. Renowned writer Sri. MT Vasudevan Nair inaugurated the annual day celebrations at Kozhikode on May 10th, 2014. He has launched a special edition of Koodu on Butterflies of Kerala. First Prakrithi mithra award was presented to Sri. N. Badusha, President of Wayanad Prakrithi Samrakshana Samithi. In a prestigious function in 2013, Prof. Madhav Gadgil had launched a special edition of Koodu on Birds of Kerala. In 2015 renowned writer Sri. T. Padmanabhan inaugurated the second anniversary and presented the second Prakrithi Mithra Award to Sri. VK Francis. Kandal Pokkudan released our annual edition of magazine on 'Kandal'. Third annual day was celebrated at Thrissur Sahitya Academy in May 2016 in which Fr. Boby Jose Kattikakd was the chief guest. Third prakrithi mithra award was presented to Dr. A. Latha and annual edition of 2016 based on Sea was released by Sri. I. Shanmukhadas.
Magazine Subscriptions are available for purchase inside this app.

Your subscription automatically renews unless auto-renew is turned off at least 24-hours before the end of the current period.

Your iTunes account will automatically be charged at the same price for renewal within 24-hours prior to the end of the current period unless you change your subscription preferences in your account settings.

You can manage your subscriptions through your account settings after purchase on your device.