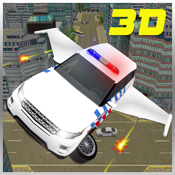 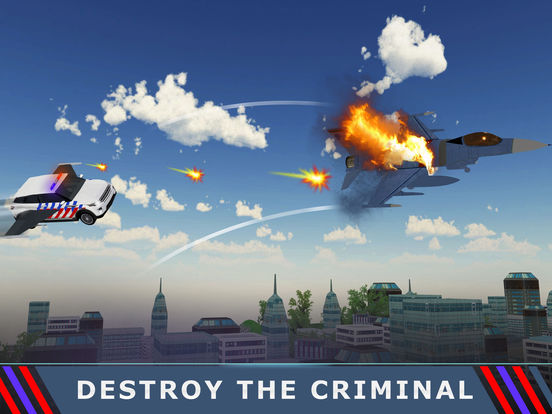 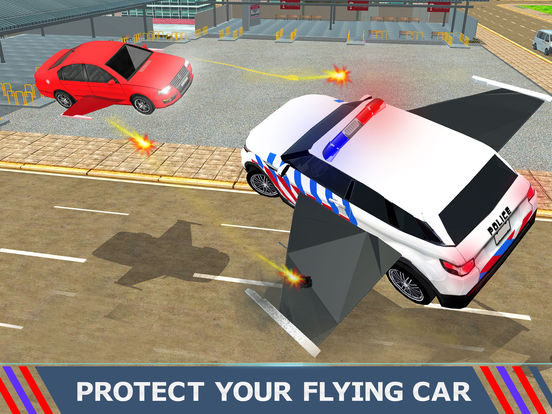 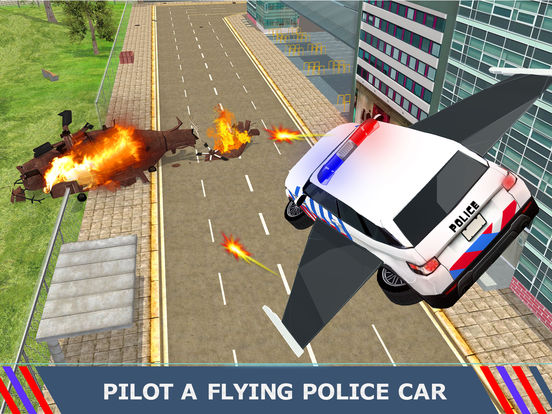 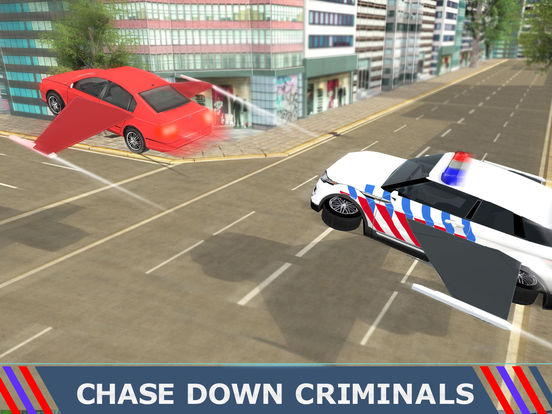 Now you can test your airplane pilot skills and police car driving ability at the same time in this futuristic flying car simulator. It's your chance to experience the best flying offroad car game and car stunt game. Enjoy a realistic flying car simulator and be the car stunt race driver of san andreas. The game is an awesome blend of futuristic flying car with police car flying theme and extreme stunts. Fly your plane around the world discover new landscapes, Be a Police Car Driver and drive muscle car do stunts and drifts.

Boost your cop car onto so many of unique stunts with different tricks to perform the world's most amazing stunts. This luxury sports SUV driving simulator ensures realistic car damage and accurate driving physics. This 4x4 jeep driving and SUV driving also great adventure. This is a flying car simulator. You can view whole city from flying car. Remember this is a flying stunt car simulator. This game contains futuristic flying car in san andreas, just like a muscle fly car, you will forget the flight of Airplanes when you will go from car mode to fly mode. Be a pilot of this Airplane Flight Simulator game. Fly your car like a plane and feel like a professional aircraft flight pilot.

You're the latest cadet in the City Police in this police officer simulator; patrol the streets in real authentic police cars to catch the criminals and rid the city of illegal behavior. Get into your flying car and catch the prisoner who escaped from jail. Don't let the criminals free. Get to experience of extreme stunts in Police Chase action with Flying Police Car. Police Chase san andreas is totally different from other police games. Imagine a future city with flying cars unlike the classic car games with offroad driving & racing. Challenge your Airplane pilot skills in the most amazing and gazing car flying game ever to be released!. As a cop you're a police car driver and flying police cop car rather than driving in city and chasing criminals in san andreas. You have to chase the bad guys in the sky. You'll get the chance to drive the streets in a realistic police cruisers, patrolling streets for trouble, catching robbers committing crimes and become a flight simulator.

Flying Car Police Chase 3D is a real challenge for futuristic car fans! . Fly your futuristic car like an airplane! Be a pilot and driver at the same time. If you love flying games then this is the best flying police car simulator available on the store. Select your police SUV in this flying police car game where you have to perform police chase missions with different types of criminals and bank robbers.

You are free to drift around, perform stunts and drive like the Futuristic car driver. All in one airplane flight games, simulation games and free car driving games!. Transform your muscle car wheels into quadcopter to fly high where there is no asphalt road, rivers, islands or mountains to reach. Get the extreme experience of SUV car driving with Flying Police Car: Offroad cruiser 4x4.Transform this Offroad cruiser into Aircraft Carrier and perform extreme car stunts.