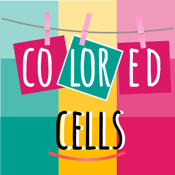 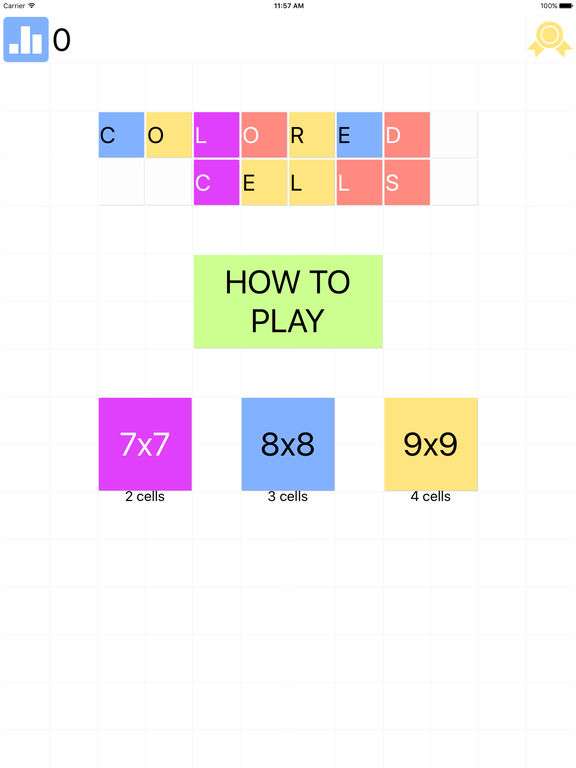 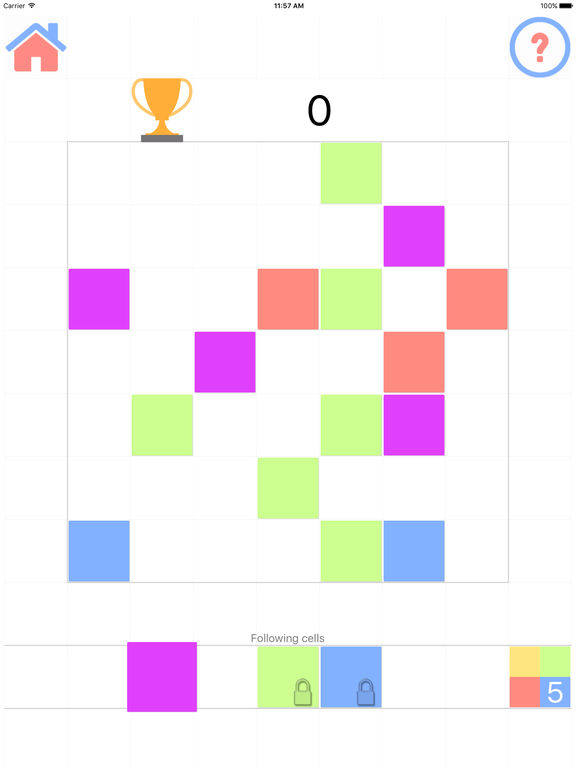 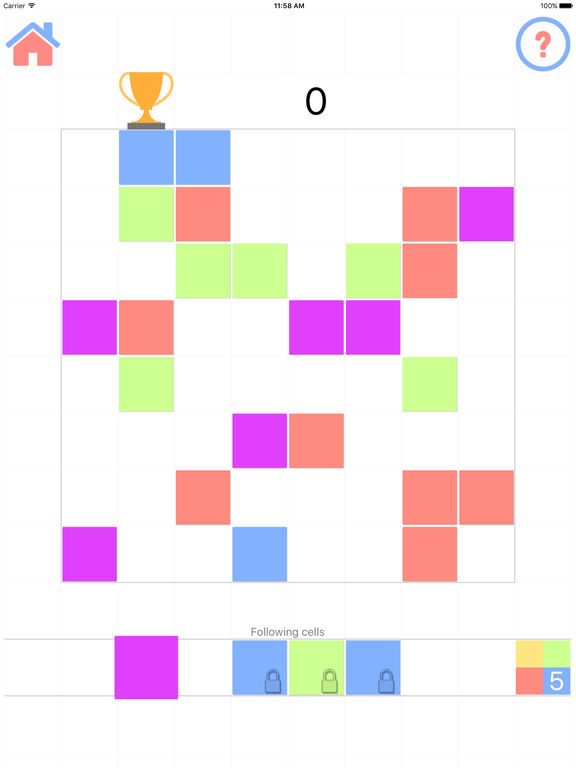 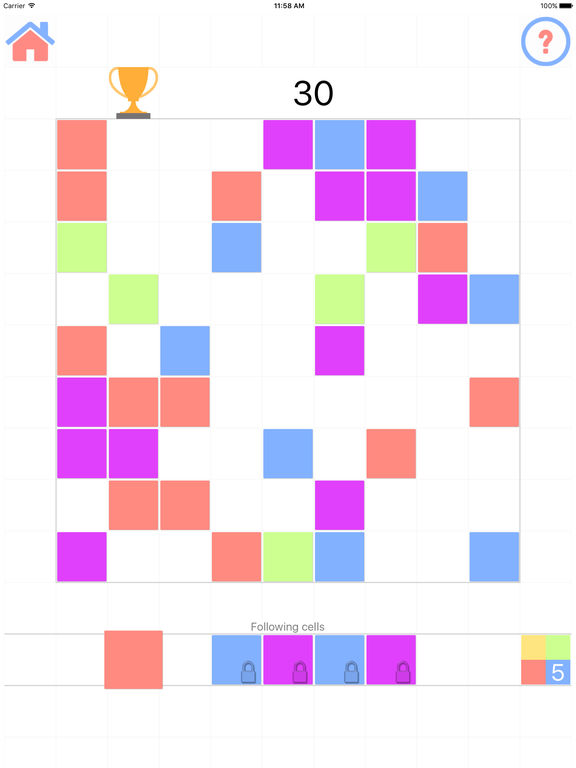 Do you like puzzles? Are you looking for an app that would let you pass the time while traveling on the bus? Colored Cells is a good choice – it's a very interesting puzzle game and a great “time killer”.
Colored Cells was inspired by a popular puzzle game from the 90-s, and it may be considered as an upgraded version of this game. However, apart from graphics and functionality, there are several changes to the rules. In order to destroy a line, you need to place 3 same-colored squares next to each other, and you can form the lines in any direction (horizontal, vertical and diagonal). The rest remains unchanged – new objects will appear on the field after every turn, and the bigger the “magic line” is, the more points you'll get.
The main objective in the game is to get as much points as possible by forming a line of at least 3 same-colored objects. However, it's not as simple as it sounds – match 3 games (or “logic games”) requires careful planning of every turn and following your own personal strategy, or else you're risking to lose the game in the very beginning.
At the first glance, Colored Cells may look like a simple upgrade, but it's more than that. The game offers several features that make it stand out from the sea of similar games, such as:

• Simple, yet challenging rules;
• Intuitive control scheme;
• Exciting gameplay;
• Public leaderboard, which allows the players to compete with their friends or with players all over the world;
• Extended social functions to share your high score on social networks;
• Nice optimization;
• Support of a majority of Android devices;
• Nice presentation.


While there is an opinion that such games (or “logic games”, to be more precise) are somewhat boring and incomprehensible, but they have always been popular among all kinds of players. Also, they play an important role in development of logical thinking and concentration, and apart from that, they offer a nice way to pass the time.
Match same-colored objects, devise complex strategies, develop your logical thinking, share your score on various social networks and compete with your friends by playing Colored Cells.