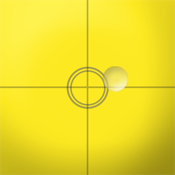 Keep your pictures, bookcases, pooltable, tabletops, and more perfectly level with the MultiLevel!

MultiLevel has been featured in many of the Apple "App For That" commercials.

** New Augmented Reality Mode Feature **
* This feature lets you level large objects by overlaying
the level on your camera view.

MultiLevel operates in two modes depending on the orientation of your device. Laying with the face up, the MultiLevel acts as a multidimensional surface level. In landscape orientation MultiLevel works as a single dimension bubble level.

MultiLevel's calibration makes it accurate to within 0.5 degrees which makes it the most precise level available for your iPhone or iPod Touch. Its versatility makes it perfect for both household or office purposes.