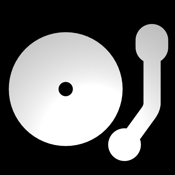 DJ VirtualDeck was one of the first DJ apps to hit the iOS App Store back in 2008, approximately 1 month after the store opened.
It was the first DJ app to allow you to use your own music to mix and scratch, while simultaneously allowing all the freedom a classical deck would give, such as spinning the record backwards.
It was first with Ogg/Vorbis support, and arguably more notable: the first DJ app with MP3 support. DJ VirtualDeck supported MP3 even before Apple's CoreAudio team enabled MP3 decoding for 3rd party developers.
All of this was, at the time, made to work on the original iPhone and iPod touch, which was no small feat when you think about what the 2007 iPhone hardware encompassed.
It took the competition more than two years to develop an app that could rival DJ VirtualDeck.


Quickdecay have decided to re-release DJ VirtualDeck as a free app giving all iPhone and iPod touch users a glimpse into the App Store's humble beginnings, back when there were only about 2000 apps.
We hope you enjoy this flashback to times past.