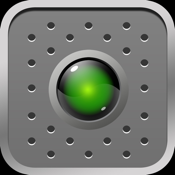 Amy A.I. is the latest in Artificial Intelligence development, and we at Future Apps are proud to bring it to you on the iPhone. The Amy brain is based off the award winning ALICE project, and is sure to entertain you for hours on end.

Amy is the first of its kind on the iPhone and iPod touch platform! Be the first to have this exciting new technology on your device. You will be amazed at how close Amy can achieve a near human conversation. Amy can even remember, and gets better the more you chat with her!

Features:
-*New* You can now email and SMS your chat logs!
-Fully functional Artificial Intelligence chat robot
-Easy to use chat interface
-Logs your chats so you can review them later
-Amy speaks multiple languages!


Languages Amy can chat with:

FROM THE DEVELOPERS:
We would like to reply to the reviewers stating that Amy is a spy and "looks through their stuff."

Amy is a self contained program and does not send any sort of data back to us, be it your conversations or iPhone data, nor is it capable of doing so. Apple does not allow any sort of app that would have this functionality in the first place.

We can control what Amy does or does not say to a certain degree, but removing parts of Amy's brain that are displeasing to some users would defeat the purpose of her personality, and the point of this program.

We consider the fact that Amy has beguiled some users, and even angered others, a great success.

Thank you for all the users that have tried out our program, and rest assured Amy is not an evil spy that will take over the world...at least not yet.