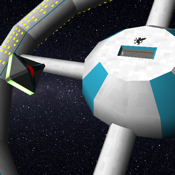 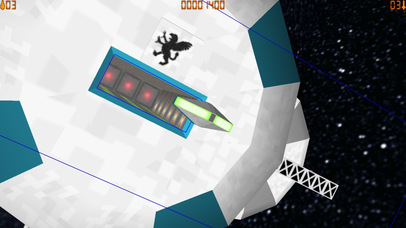 Later, alien ships are sent in after you with close space dogfighting action as you battle hoards of marauding alien fighters, intent on vaporizing your ship and laying waste to your space station.

You have laser cannons and a small number of smart missiles. You accumulate missiles as you go through the levels. If you need more fuel, fuel cells are available near the stations which you can collect by flying into them.

You can pause the game by touching the score. From there you can reverse the direction of the controls and change the sensitivity of the accelerometer.

PocketGamer Silver Award: "Zone Warrior is the kind of space opera that should be on everyone's iPhone - smooth, smart and much fun to play."

Check out Apollo Eagle which is also available on the App Store.