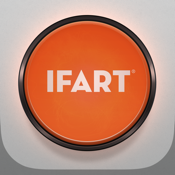 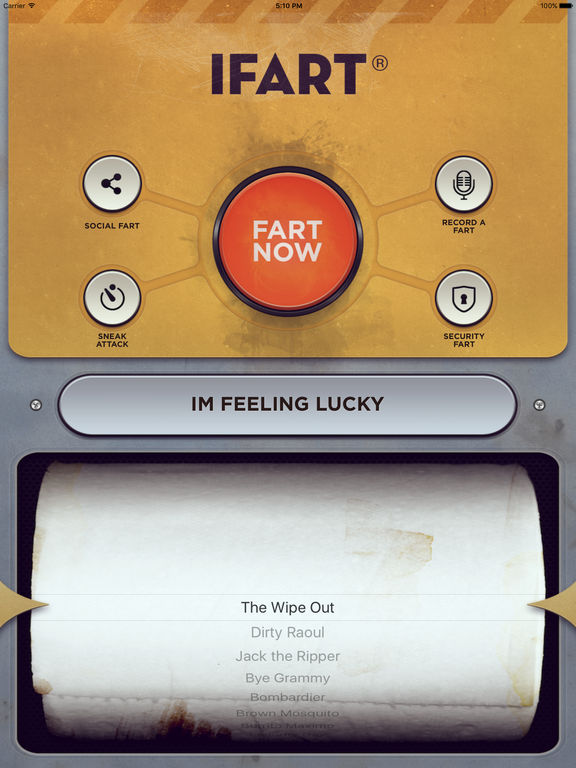 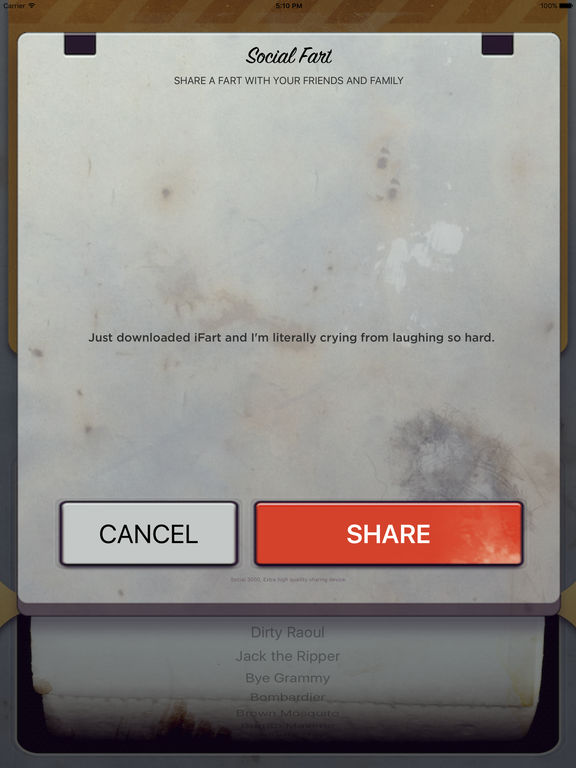 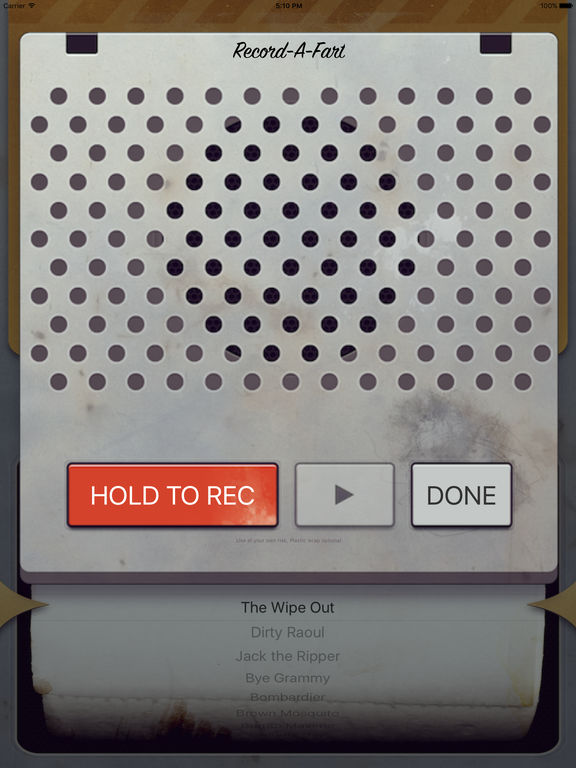 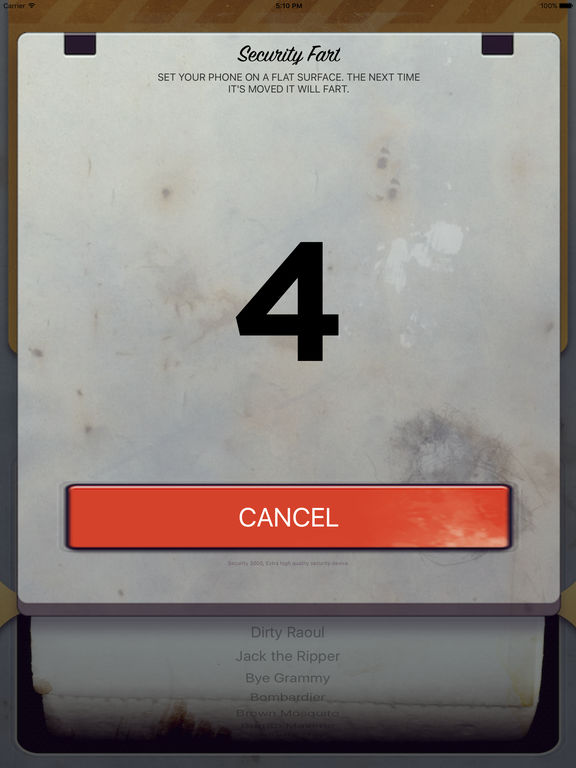 iFart™ took the app world by storm in 2008. It blasted to #1 on Christmas Day of that year and clinged to number one for weeks. It continued to linger in the Top Ten for over a year!

We can’t even tell you how much time it spent farting around at #2.

To celebrate the 7th anniversary of that incredible moment in flatulence history, iFart scientists completely rebuilt the backend of the app and released our biggest update ever!

Here are just a few of the useful, signature features of iFart™.

Phones and pdas are stolen on a daily basis, but if you are using iFart's advanced security system you can stop criminals right in their tracks.

And when thieves try to snatch your phone, they'll be in for a shock when they're blasted by your chosen sound effect. Most criminals know how to lie, but "it wasn't me" isn't going to work with iFart.

Call the authorities and send these phone stealing scumbags off to the gas chamber.

The sneak attack function can literally save your life. Let's say that you're in a warehouse gun battle. Bad guys are closing in on you, but if you only had a distraction, you could escape.

Sneak Attack is that distraction. Simply pull out your phone, choose a sound effect and set the timer up to 30 seconds. Then place your phone in a strategic location and move silently away. When the Sneak Attack goes off, slip away or take out the bad guys when they reach for their noses.

There are special moments in life that just have to be captured on your phone to be believed.

The birth of a child, a stunning sunset, bigfoot, and of course, the after effects of a triple burrito lunch.

Using iFart’s “Record-A-Fart” feature you can now make audible memories for a lifetime and play them for friends and family. Plastic wrap optional.

If only there was an internationally recognized sound that alleviates stress, brings laughter, lowers blood pressure, clears a room, helps bring peace to the middle east and is enjoyed by both Democrats and Republicans.

Simply scroll to your preferred sound effect and hit Fart Now. The World will be a better place with more farting in it.

iFart includes SEVEN of our funniest Fart Packs, each pack contains up to 10 fresh cuts for your enjoyment.

* Fart Wars - May the Flatulence Be With You

* Movies - In a world without gas… this is a land that prays for a hero.

* Bands - The bands on the runs with these farts.

* Food - You can't have dessert until you play all these farts.

Hey, you read this far!

We've added a bonus fart to our wheel called "Fart=O-Rater". Make sure you play it and while you're laughing leave us a review and let us know your what your favorite fart or fart pack is today!