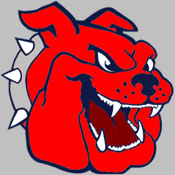 Red Dog, also known as Red Dog Poker or Yablon, is a game of chance played with cards. It is a variation of acey-deucey or in-between. While found in some land casinos, its popularity has declined, although it is featured at many casinos online.

The game only uses three cards at a time, which are ranked as in poker, with aces high. Suit is irrelevant. A wager is placed, and two cards are placed face up on the table, with three possible outcomes:

If the cards are consecutive in number (for example, a four and a five, or a jack and a queen), the hand is a push and the player's wager is returned.

If the two cards are of equal value, a third card is dealt. If the third card is of the same value, then the payout for the player is 11:1, otherwise the hand is a push.

If the two cards difference is greater than one place (for example, a three and an eight), then a spread is announced which determines the payoff, pending the outcome of a third card which will be dealt. If this third card's value falls between the first two, the player wil receive a payoff according to the spread, otherwise the bet is lost. Before dealing the third card, the player has the option to double his bet.