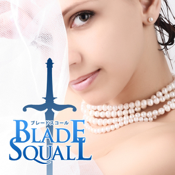 Touch & Drug of iPhone is taken full advantage!
RPG style defense game(Tower defense game) that can be enjoyed by an easy operation is born.

[Story]
The brave man who glancing fell in love with Satan's bride kidnaps his bride very much!
To recapture the bride, the raging Satan shot the many monsters.
Finish defending the bride from a lot of enemies who surge without mercy!

[How To Play]
The enemy who shows up one after another is defeated by arranging arms and I will prevent the invasion.
It is game over when the life when the enemy invades decreases, and in becomes 0.

Gold is consumed when the icon of the arms panel is dragged in the field and the arms unit is arranged.
Because Gold can be obtained by defeating the enemy, let's prepare for the further enemy's invasion.
"Power Up" and "Sale" can be done by choosing arms arranged on the field.

Let's invite a new enemy to the field and put it
"NEXT" button and put it when time when it was finished to defeat the enemy quickly prepare of struggling to repulse it thorough.
※ "NEXT" button cannot be used when the enemy more than a constant number is in the field.

All enemies are splendidly defeated, and perfection of can the aim!

[Feature]
----It plays a game though it is simple deep.
----Comical and unique characters.
----Monsters who have various characters.
----Strategy that extends with 10 kinds of arms.
----Many of stage in which it reaches 13 kinds.
----The beginner is a tutorial of safety.
----The expert is a satisfactory difficulty setting in 3 stages.
※ A Hard Mode is adjusted to be able to enjoy the expert without reserve, too.

[Characteristic of arms]
Length sword The range of the attack cannot continuously be attacked though is wide.
Dagger The range of the attack can continuously be attacked though is narrow.
Dirk Full power is demonstrated in the enemy in the air.
Ax Three times are damaged to a big enemy.
Spear It penetrates and two or more enemies are damaged.
Hedge Movement obstruction unit that cannot be attacked.

3 following are added to the score when the stage is cleared.
･Gold × 100 points (Arranged arms are converted into Gold by "Sale" price.)
･Life × 10000 points.
･Score of NEXT bonus.

Aim at further Hi-Score based on above!!