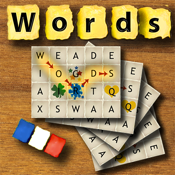 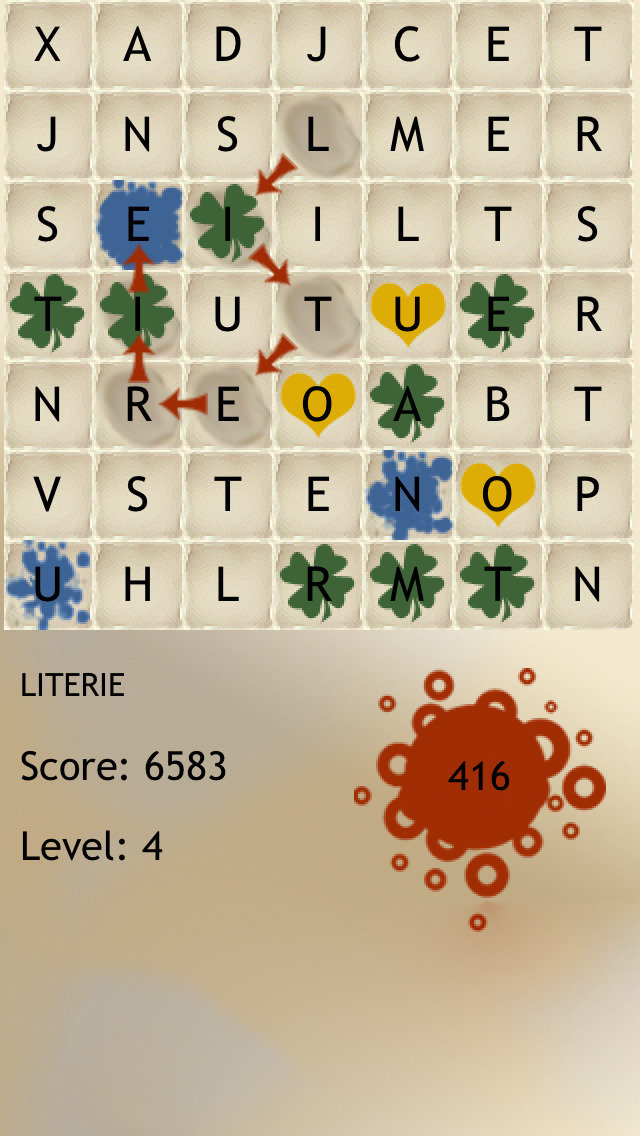 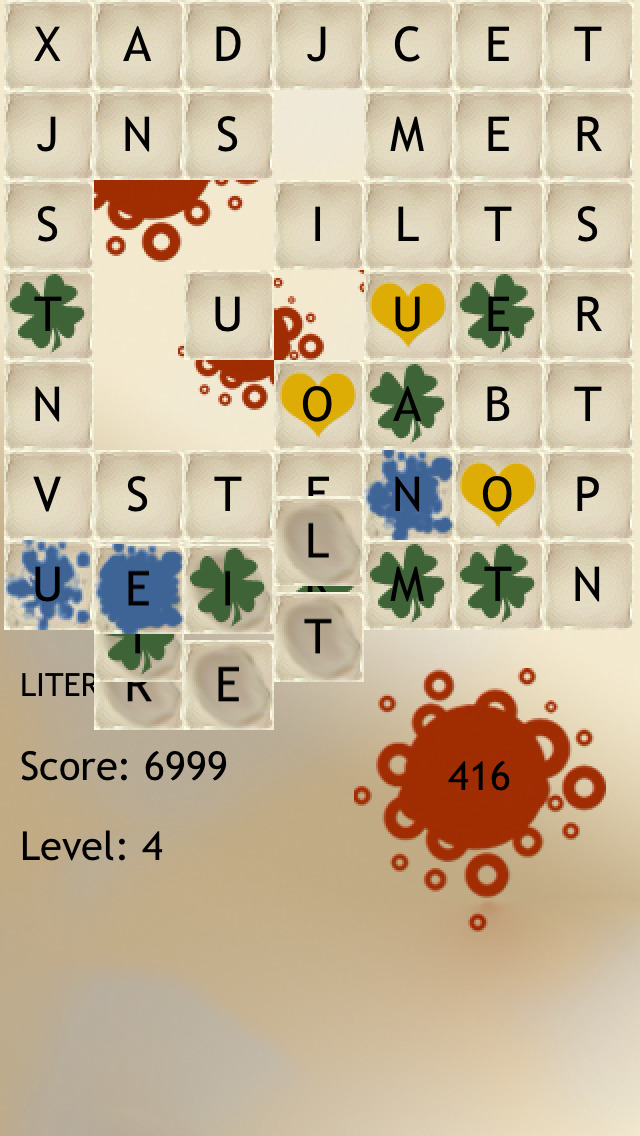 This is the Words game, a rotating word puzzle game. This version comes with a French word library. The Words game is also available as a separate version with an English, German, Italian or Spanish word library.

Ancient books had been shred. It’s up to you to put hem together again by connecting letters to words. You do not need to be a bookworm but it might be helpful if you are. But avoid being to hectic by building to many short words spilling ink. If letters have ink spots try to remove them as fast as possible. If the ink settles of to neighbooring letters your challenge is over. If special letters are being removed a bonus will appear. Don’t you let get confused by rotating letters.

Use the capabilities of your iPhone / iPod touch. Turn it to change the fall direction thus getting new possibilities using advanced tactical moves. Your stuck. Shake it to get new letters. But pay attention to ink blots. If the ink stains get to big before you can remove the letter the game is over.

Unlimited Levels with decent vocabulary. If you think that there is any important word missing that really needs to be in email us and we evaluate if we can insert it into an updated version of the program.

New in Version 1.1
- Rotating star letters
- Sound notice if word does not exist

If there are important words missing of which you think that they should be in it please email us at:

and we will release them within the next update.

Note
----
Words are in singular. Verbs must be given in infinitive form. (verb conjugation is currently not supported by the game)