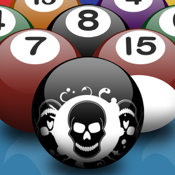 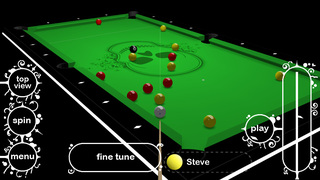 The most realistic pool experience on the iPhone and iPod Touch.

New for iPhone 4: including: retina display support, increased ball detail, polygon smoothing - all confined for the most realistic looking pool game on the iPhone 4.

Including 5 different games:
8 BALL, 9 BALL and UK BLACK BALL (Eight Ball).
KILLER - The classic multiplayer game for up to 10 players.
OCTOKILLER - A unique version of Killer played on an octagonal table, where players eliminate each other by sinking their balls, with the last remaining player victorious.

Visit the site for videos of Killer Pool in action.

REVIEWS:
"one of the best games on the iPhone. 5/5 + Editors's Choice Award." Macworld.co.uk

"After looking at plenty of other pool
applications, I will say this is my personal favorite. 4/5" appVee.com

"If you’re looking for a great pool experience, go with Killer Pool. 8/10" appcraver.com

"a great choice for your iPhone. 4/5" appletell.com

"The graphics and motion are beautifully rendered" geardiary.com