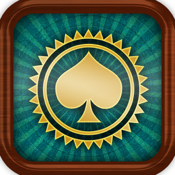 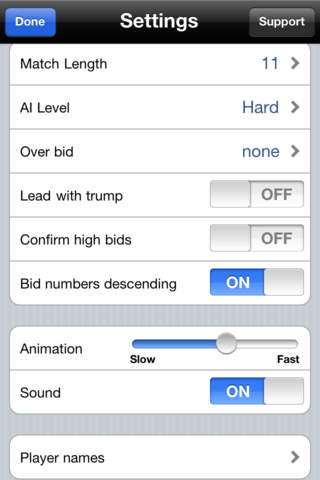 Batak is a variant of popular trick-taking card game Spades. Batak is also known by many other names, including Oh Hell!, Blackout, Nomination Whist, Elevator (l'Ascenseur in France), Boerenbridge or 10 op en neer in the Netherlands, German Bridge in Hong Kong.

A player leads the first card. Each player must follow the suit led, if he can. If not, he should play the trump, or any suit if he has no trump. The player who has played the card with the highest value ( the trump card or the card of the suit led, if no trump was played) wins the trick. That player then leads to the next trick. Continue until all tricks have been played and won.

The game has two modifications: simple and auction.

In the auction game a player offering higher bid wins the auction. He has to take bid number of tricks or more. Other players have to win at least one trick.